Naming The US Elites 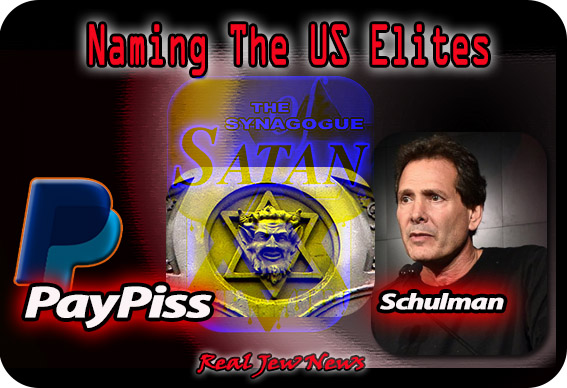 FOR SOME REASON…other than for fear of the Jews…pundits tend toward ambiguity when identifying who controls America, and thereby, the Western world.

For when contrasting rulers from the ruled, analysts use terms like “elites,” “globalists,” “corporate bosses,” “special interests,” “presstitutes,” “the deep state,” etcetera.

Perhaps that’s why PayPal keeps them on its roster (PayPiss banned me) since no one gets offended (namely, JEWS) when indeterminate terms are used in attempts to reveal those who rule over them.

One way of identifying the “elites” is by using a gauge recommended by Voltaire:

To know who rules over you find out who you are not allowed to criticize.

Just one small swipe at some influential person whose name ends with berg, stein, or vitz, and you’re black-balled, de-funded, nailed to the menorah, and tarred as an ‘anti-Semite.’

What better way to get PayPiss to ban you! Daniel Schulman owns it and pisses over anyone who says homosexuality is a sin and names the Jews who promote it.

As a former Jew growing up in an upper middle class/B’nai B’rith oriented synagogue, I use an extensive, all-embracing brush for identifying those who rule over the goys.

I mark out an expansive net that holds all the fish that swim through financial, political, and informational waters.

Someone has to name the names since ambiguities and generic phrases get us nowhere when combating the pervasive evil of Jewry. 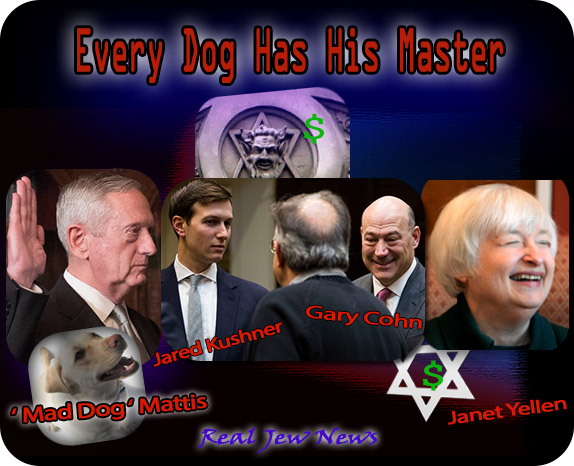 WHEN IDENTIFYING THE ELITES, the phrase “Synagogue of Satan” surfaces.

A racial/religious entity (Synagogue) with evil and universal dominion (Satan) is seen.

This entity has layers of power that merge with each other - distinct, but united in its malicious effects.

The layers encompass the financial; the political; and the informational, which includes the media, press, and education. Each layer is run by JEWS.

The financial realm, namely the Fed and Goldman Sachs, has the Jews Stanley Fischer, Janet Yellen, and Gary Cohn dominating it.

Mayer Amschel Rothschild once said: Give me control of a nation’s money and I care not who makes its laws.

The Fed and Wall Street, (which underwrites the stocks of the Military/Industrial complex), cuts the paychecks of war criminals like Mad Dog Mattis and Herbie McMaster.

Every hack on Capitol Hill has to play ball with big JEW money or his career is over.

Jews—like their father, the devil—are liars. They publish “lying news” NOT “fake news.”

What can be done to see the Synagogue of Satan bite the dust?

It won’t happen by calling its members “elites,” “globalists,” and “presstitutes.”

And: Will Trump Break The Media? Here

And: Fed’s Fischer: Bail-Ins Coming For Your Cash Here

And: The Riddle Of Jewish Success Here

And: Dirty Tactics Of The Jewish Lobby Here