The Return Of Jeb Bush 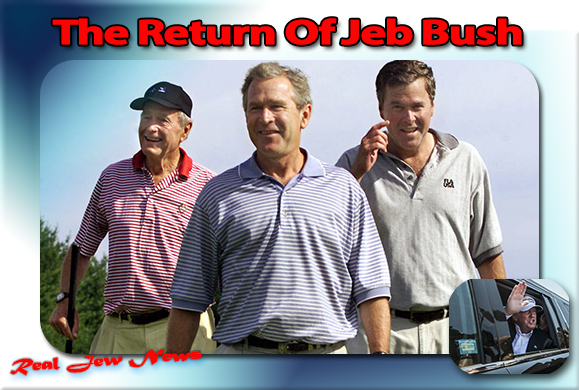 IT WAS INEVITABLE that the return of Jeb Bush on the heels of Trump’s victory would soon follow.

He showed up at the right time and the right place with his OpEd in the Wall Street Journal on Thanksgiving Day, “Where Republicans Go From Here.”

It’s STILL the Bush family’s party and Jeb presumes to lead the flock to finer pastures.

It’s their party and their crying is over. They’re still in charge and Trump is jumping through the hoops.

Why else are Republican stars cast in leading roles in Trump’s administration? Names like Mitt Romney and Reince Priebus croon a gladsome tune among the Bush family cronies.

And Jeb is on his pulpit crooning away. He’s got something to say and he’s going to have plenty to say from here on in.

When Jeb Bush speaks no one really listens except the Republican hacks who are loyal to the Bush royalty and kow to the identity politics of the chosen noblesse, Jews, who fund and control both parties.

It is precisely the bane of ‘identity politics’ that Jeb Bush condemns in his WSJ piece, that is, his Manifesto For Making America Great…and that’s the rub in your face, President Trump. 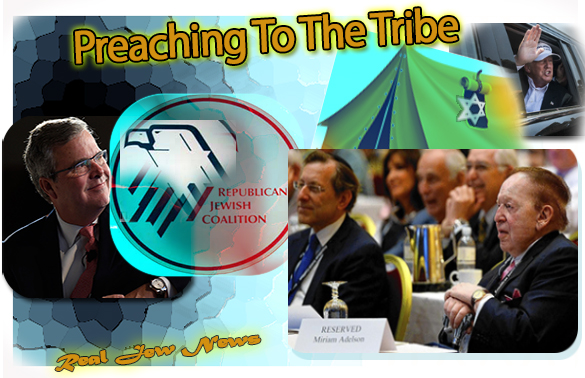 “WE MUST NOT STOOP to the identity politics of the left,” Jeb pontificates, “and not focus on angst, grievance and division over race,” he declames.

Well I’ll be a red-neck lout.

There’s nothing worse than a Protestant Republican scolding his ‘bigoted’ parishioners. Move over Norman Vincent Peale, a preacher for our narrow-minded times has appeared!

Yet as far as Jeb Bush is concerned we can stoop to the Jews:

“We must make it clear that there is no room in our tent for despicable bigotries like racism, misogyny or anti-Semitism.”

But that old-tyme refrain that rhymes with ‘anti-Semitism’ croons the tune that offending Jews means your political (and vocational) career is over.

IF THERE IS NO ROOM for upsetting Jews in Jeb’s tent—”our tent,” he says—then there will be NO draining of the swamp since it’s stocked by Jewish money.

Anyone naming the Jew; any critic of sending billions to IsraHell; any challenger of Jewish neocon interventionist schemes; any disputer of Jewish identity politics (policies that are good for Jews only); will be excommunicated and exiled from “the tent.”

Jeb has spoken. Let those who are wise to the Jew laugh in his face.

“I’d rather be a doorkeeper in the House of truth than a toady in Jeb Bush’s tent.”