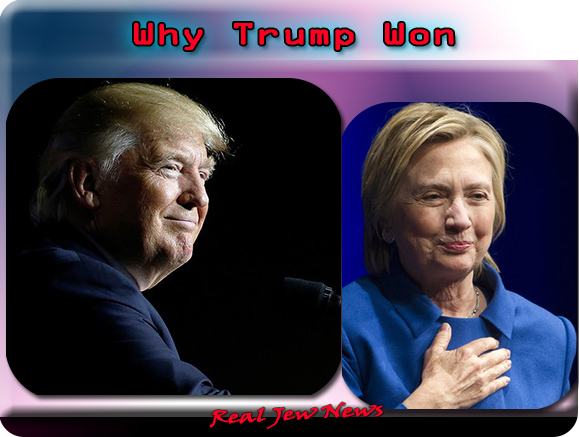 DEAR DIARY, many are musing on why Trump won. But first we need to see why Clinton lost.

That’s owing to Hillary’s inability to inspire, even her own coterie.

And her projection of “it’s my turn” soured voters against “presumptive succession” that would have ushered in more wars and the utter wreckage of society’s mores.

Besides this, the Democratic party, once seen as the champion of the working man, was viewed as the party of the elites, no less than the ilk of George Soros and Goldman Sachs.

But why did Trump win?

The neocon Jews say that Trump sparked a “white nationalist uprising” which they fear.

And Democrats remark that by Comey re-opening the FBI investigation into Hillary’s emails, Trump was able to edge her out.

But Jewry’s fear of whites comes closer to explaining the triumph of Trump. 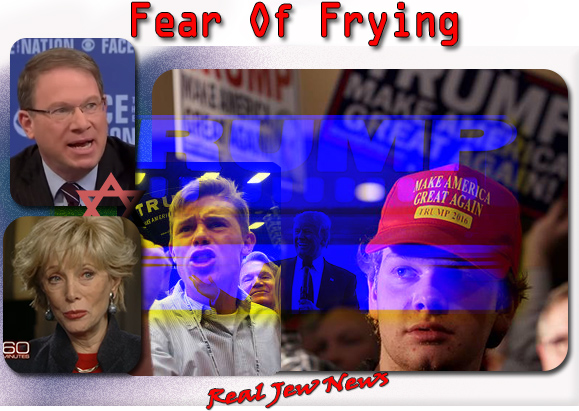 I have to laugh, since growing up in Judaism, I know that Jewry’s rag on “white supremacy” has more to do with “white power” than with “white racism.”

Jews are the real racists since they prefer white neighborhoods—even sued to live there—and consider it a disgrace to live in a mixed neighborhood of blacks and whites, an indication of failure in the world of business of which Jews are expected to excel.

And while living among whites, Jews call them “goys.” If a Jew says something stupid while in Jewish company he’s ridiculed as having a “goyishe kup,” that is, a “Gentile head.”

But getting to my point, Jews fear white predominance, especially if it’s marked with a Christian worldview, for thereby Jews are looked upon as “Christ-killers.”

Jews cringe during Easter when Passion Plays are performed and movies of Christ’s crucifixion are aired on TV. Jews shudder when hearing the Pharisees cry out, “Crucify Him!”

That’s a bona fide blame game with history backing it. 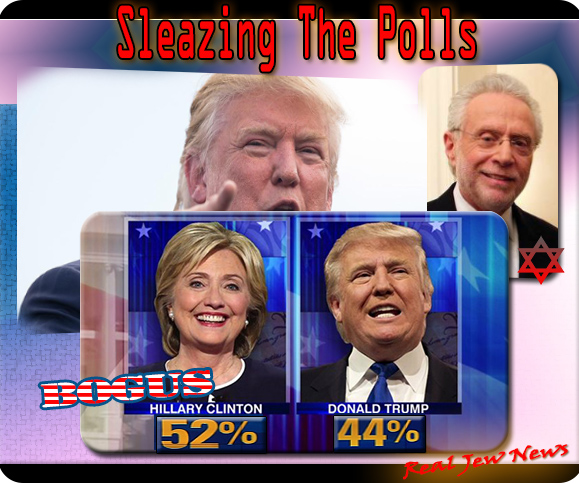 WHAT DOES all this have to do with why Trump won? Everything.

Trump won because marginalized whites felt spurned by the ruling class (Jews…though most whites, at least for now, cannot bring this to consciousness) and rose up at the call of Trump to recover what they lost…their jobs.

The Jews reacted by calling his supporters “high school grads” and “thugs,” then applauded Clinton for calling them “deplorables.”

The Jewish-owned media chimed in with bogus polls showing Hillary ahead so as to demoralize Trump supporters with a feeling of defeat and forego the ballot box.

Some call it “blowback” but I call it “defiance.”

And so, dear diary, I know why Trump won. Jews do to, and tremble before white revolt.

It could turn on their heads in a repeat of Jewish history.

Jews cry “victim” but the goys crave the last word.