Weeping For A Corpse Called Europe 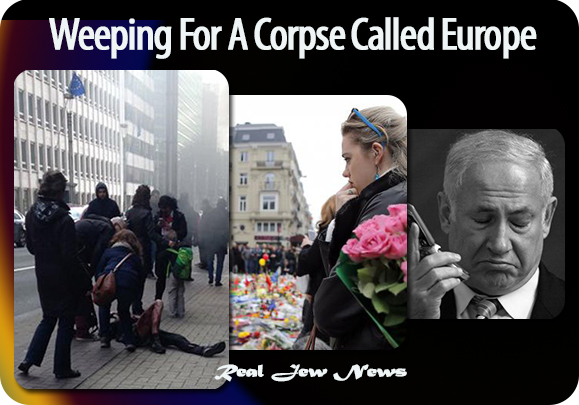 ANOTHER TERRORIST ATTACK hits Europe, this time in Brussels, at the very heart of the EU.


The hunt continues throughout Belgium to find the “missing” terrorist whose bombs failed to detonate at the Brussels International Airport.

Is he one of the same terrorists that Europe supported in Syria that have come to Europe to haunt them?

Not to worry. Netanyahu is offering Brussels ‘anti-terror’ help from the biggest terrorist state of them all.

“We’re all in this together,” promises Bibzy. And the skin that joins Europe’s hip to Jewry’s grows thicker.

One is hard-pressed to find much that exonerates Europe because it’s really not Europe anymore without Christ, without a Christian culture and civilization.

Only Christian artifacts are left, not a Christian culture but an atheistic Jewish one that’s decomposing on the skeletal bones of its once Christian civilization.

The decay began in earnest in the 19th century with the de-Christianization of Europe known as the “Enlightenment”…the same period which saw the opening of civil rights for Jews.

Now, in its last gasp, Europe is de-churching itself, selling off churches by the hundreds, with one turned into a skateboard hall.

Europeans have brought it upon themselves. Once they abandoned Christ the whole house was swept clean and seven demons entered in…as Christ Himself warned.

Abandon Christ, turn your back on The Church, and the door flings wide open for demons bearing a Jewish agenda to enter in. 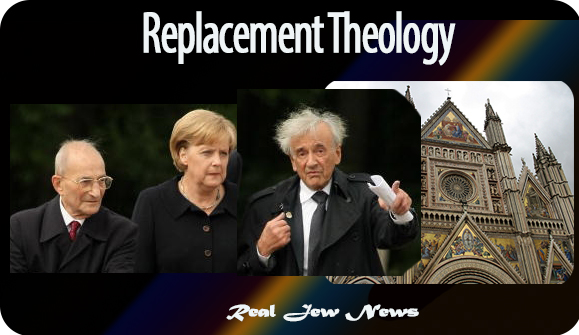 IT WAS THE CHURCH that fought off alien forces that would harm Her teachings. And Jews up until the 18th Century were forbidden civil offices.

But a de-churched Europe hasn’t a chance before the designs of Jewry such as the “multi-culturalization” of Europe and replacing Christianity with Holocaustianity.

If someone of Muslim ancestry has no spiritual direction to follow in Europe which might naturally draw him to Christ and Church community, or at least engage him in peaceful dialogue, then what’s he to do? The psychological dynamics behind joining street gangs and joining terrorist cells are essentially the same.

Many yearn for a “white” Europe and decry the decline of a “white” America. But if they’re not Christians, if not defenders of The Church—the ONLY force that can stop the Jewish agenda of multi-creedalism—then they might as well be pink.

And besides, both European and American whites are killing off their “white” future by aborting their white babies.

The death spiral spins amuck in Belgium, a microcosm of declining “white” birth rates throughout Europe.

Even prior to its legalization of abortions in 1990, out of 120,000 conceptions, Belgians killed off 17% of their offspring each year.

America’s in the same boat as Europe.

Abortion, contraception, the breakdown of traditional family and social life, has caused a demographic disaster for America, and especially white Americans, just as for Europe.

If a Trump should appear in Europe making it “great again” he would need to make abortion a criminal act with penalties attached.

He’s appeared in America….and the abortions, AND the Jewish agenda (READ: Trump’s speech at AIPAC) marches on.