Was The Grand Mufti A Nazi? 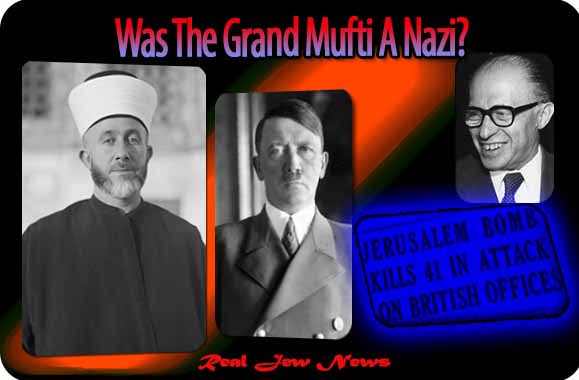 Was The Grand Mufti A Nazi?
By Brother Nathanael Kapner October 25, 2015 © 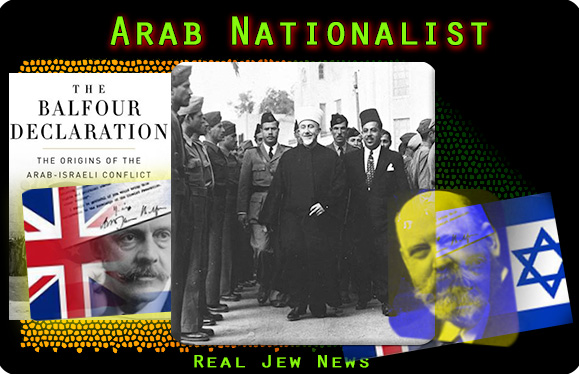 THE JEWISH DEMONIZATION of the Grand Mufti of Jerusalem and Arab hero, Haj Amin al-Husseini, as a “pro-Nazi” war criminal, is a devious lie that Jews are prone to vomit forth.


Arab-hate is rife among Jews, of which, Pamela Geller is a prime leader, calling al-Husseini, “The Muslim Hitler.”

Fact is, the Grand Mufti, born in Jerusalem and growing up as an Ottoman Arab, (Ottoman Turkey sided with Germany in WW 1), was an Arab Nationalist—NOT an “Evil Nazi”™—who opposed the French and British Mandates as well as the Zionist colonization of Palestine. 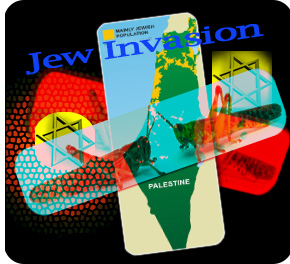 German National Socialism and Islam each rejected democracy, usury, global capitalism, communism, imperialism, and colonialism, and emphasized the “folkish spirit” of a people—the ummah—led by a strong leader that people trusted, committed to national sovereignty and self-determination.

While it’s true that al-Husseini, in concord with Ottoman-informed Turkey, joined the Axis Powers in WW 2, military alliances don’t necessarily mean they share the exact same political ideologies but rather have compatible objectives towards a common enemy.

For the Grand Mufti it meant a popular resistance against the more powerful Jewish and British occupation, and fighting against the Zionist terrorists such as the Haganah, Menachem Begin’s Irgun, and the notorious Stern gang, which terrorized hundreds of thousands of Palestinians.

The idea of sharing their land with an invasion of an anti-Islamic Zionist people of foreign origins and ending Arab control was unacceptable to al Husseini.

From the beginning, al Husseini and many Palestinians rejected the Balfour Declaration and fought against the locust invasion of Jews from Europe. 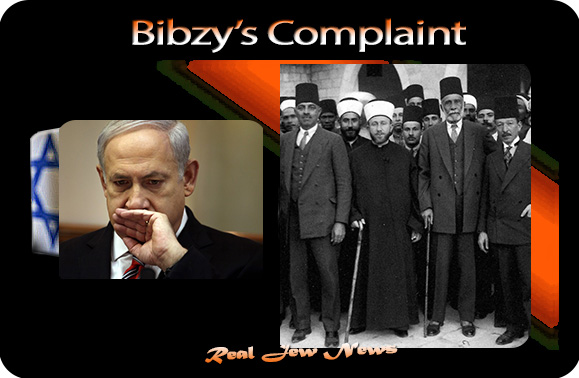 IN A 1952 LIFE MAGAZINE interview, Haj Amin al-Husseini defended his tie to Hitler and claimed he never advocated a mass murdering of the Jews.

But in the warped brains of Jews, militant Arab nationalism anti-Zionism trying to push invaders out of their historical homeland, means “Evil German Nazis”™ in Arab skins.

A typical Jewish warp is the Jerusalem Post’s devious falsification:

“It’s no coincidence that just a few months after Nazi Germany surrendered on November 2, 1945, the anniversary of the Balfour Declaration, many synagogues were burned down in Egypt and dozens of Jews were killed on the streets of Cairo.” 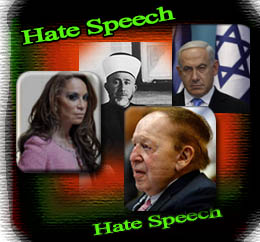 Hey propagandists! Maybe it had more to do with the anniversary of the hated Balfour Declaration which gave Jews license to slaughter the Palestinians and less with “Nazism.”

AND NETANYAHU’S COMPLAINT that al-Husseini advised Hitler to “burn the Jews” in order to brand Arabs as having an inherent ‘anti-Semitic’ strain, is laughable since Arabs are authentic Semites.

Asserting it was the Evil Arab™ Grand Mufti that masterminded a ‘final solution’ of European Zionist Jews, truth is, those ‘innocent’ Jews stole the lawful properties of Palestinian Arabs and ran a terrorist war of their own against them and the British Mandate.

The motive behind the Mufti’s cooperation with Hitler is plain and simple.

An ardent Arab patriot, al-Husseini fully believed a German victory would facilitate the liberation of Palestine from Judeo-British imperial control.