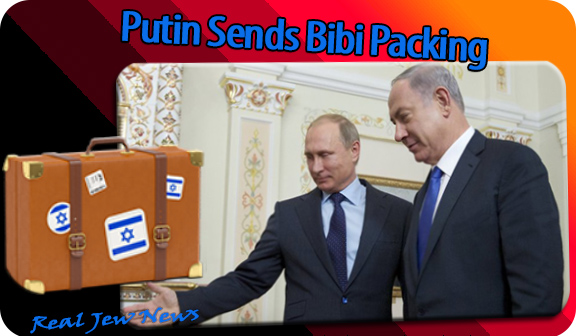 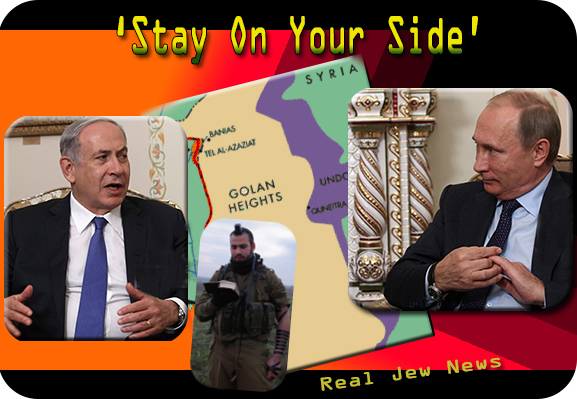 LIKE A DOG WITH HIS TAIL between his legs, Netanyahu walked away from his recent meeting with Putin empty-handed.


Somehow, Putin was not impressed by Netanyahu’s grand entrance complete with the chiefs of the IDF and Israeli intelligence.

Bibi came crying to Putin that Iran and Syria are arming the “terrorist” group Hezbollah in Lebanon and that Syria is opening up a second front “for Iran” in the Golan Heights.

Israel and Syria may be in a technical state of war, but the Syrians have kept the armistice on the Golan Heights marked by the UN-brokered cease-fire “Purple Line.”

Assad has no intentions of violating the cease-fire, and Putin knows it.

Thus Putin retorted, “As for the firing into Israeli territory, as I understand the situation, these attacks are being carried out using back-yard production weapons systems.” 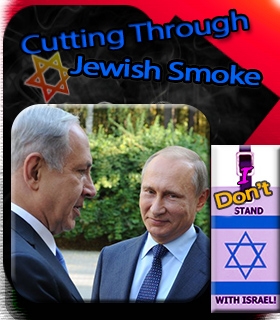 Then, with a chuckle, he cut right to the chase:

“I think we are all aware that the Syrian army today is not in a state to be up to opening a second front. It has enough to do just trying to save Syria’s own statehood.”

Putin then showed Bibi the door with a short, non-committal statement about “understanding” Israel’s position.

Sending Bibzy straight to his corner, the chronic megalomaniac came back to Tel Aviv trying to wipe egg off his face as “Mister Security.”

Netanyahu twisted Putin’s statement to say that Israel will “coordinate” its operations in Syria with Russia and of bombing sites of alleged “Iranian weapons trafficked to Hezbollah.”

BUT BIBZY’S “Existential Threat to Israel” song and dance falls flat in Moscow. The Kremlin isn’t the adoring US Congress that fawns all over Jews bearing cash and votes.

For with Russia’s increased footprint in Syria, the ability of the Israeli army to make air strikes has been severely limited, lest it hits Russian military assets by mistake.

It also pressures Israel into stopping their own clandestine military aid and supply lines to the Jewmerica-backed Syrian ‘rebels,’ particularly around the Golan Heights.

The “Existential Threat” mantra works much better with Jews than hard-boiled Russians:

“No one strikes alliances with the weak,” Netanyahu told Mossad officers. “In a changing world, Israel must be a power. Not just a regional power, but a world power,” he added.

Yet Putin told Bibi to go back to his side of the Purple Line and stay there.

And stay there he will. The future belongs to Christian Russia, not Christ-hating Jews.

And: Russia Tips The Grand Chess Board Click Here