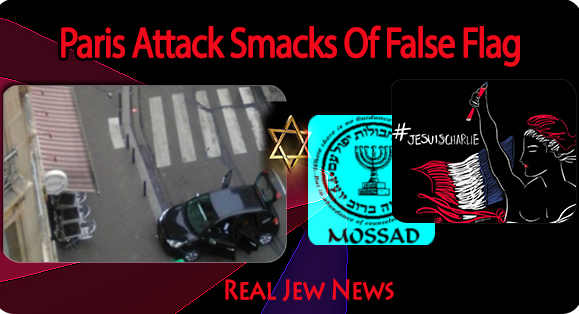 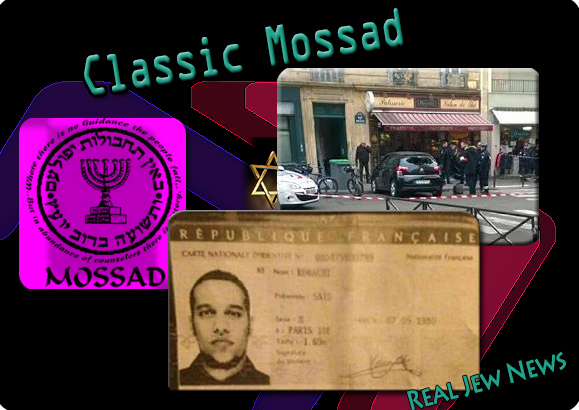 HOW MANY MOSSAD AGENTS does it take to pull off a false flag?


Just enough to have a getaway car ready at a Kosher Restaurant two miles from the Charlie Hebdo scene in Paris.

The perpetrators’ first car, a black Citroen, was abandoned at the restaurant while a grey Renault was provided for the murderers to flee in, reportedly “carjacked” as per the French police.

One look at how carefully the getaway car was parked in front of the Kosher Restaurant suggests that the attackers were in no hurry to escape since they knew that a safe haven and another car was ready for them for the second leg of their getaway.

Why the French police are claiming the Renault getaway vehicle was “carjacked” appears to cover the fact that the Renault was provided by, as this author sees it, Jewish accomplices, that is, Sayanim.

Many anomalies support this author’s theory that the Charlie Hebdo attack was a Mossad false flag operation. 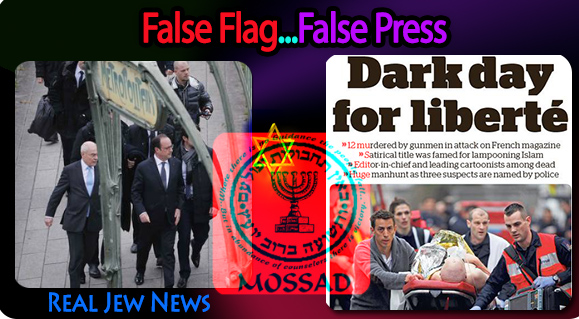 FIRST OF ALL, shouts of “Allah Akbar” and “The Prophet Has Been Avenged” by the attackers were enunciated in perfect French.

If they were truly extremist Muslims, as the press is reporting it, the second slogan would also have been expressed in Arabic.

Second, how did the perpetrators know that Charlie Hebdo headquarters was going to hold a full member staff meeting at the very hour of their attack? Only, an inside informer (Read: Sayanim) could have tipped them off.

Then, the gunmen, knowing in advance the names of their targets, headed to the second floor editorial department where the meeting was held and asked people who they were, from the list of names, before shooting.

They didn’t just go in shooting up the place like a typical ‘terrorist’ attack would have been carried out.

Third, the neatly parked ‘abandoned’ car conveniently had the ID of one of the ‘terrorists.’

SURELY, THIS IS classic Mossad of pulling an ID of a formerly charged ‘criminal’ already in the intelligence system readily available to be set up as a patsy.

Seriously, who takes their ID on a commando-style ‘terror attack?’

Cui bono? Jews…to further inflame Islamophobia, specifically in this case with the French establishment which has been putting forth pro-Palestinian overtures of late…greatly “disappointing” Tel Aviv.

Right on cue, Netanyahu chimed in, “The heinous acts in Paris today won’t be the last.”

By way of deception wage war, goes the Mossad motto.

And yet another Jewish deception fools the Goyim once again.