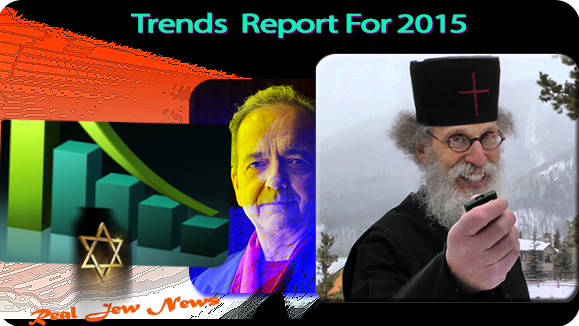 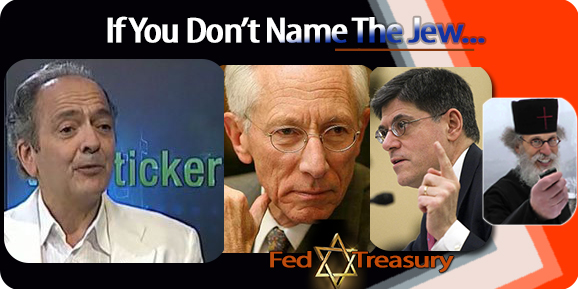 IF YOU SKIP Gerald Celente’s, Top Trends Of 2015, you won’t be any less informed for it…besides coughing up $100 bucks to get his “prophecies.”


Gerald seems to be a nice guy but he never identifies the real movers behind the trends: JEWS.

Jews are the agents of financial, political and cultural events in America and Europe. This is why Jewry has in its cross-hairs independent, sovereign nations such as Russia, Iran, and Syria, who won’t bow to Jewish dictates.

(China is exempt from Jewish hostility since it produces most of America’s and a large part of Europe’s consumer goods via Jewish Wall Street’s offshoring agenda.)

Nice guy and all, Celente’s running a business and offending Jews is bad for business.

Celente’s latest ’scoop’ informs us that the Fed and the US Treasury are manipulating financial markets. No kidding! That’s a new trend? An intensified trend but not a new trend.

I mean, JEWS run both the Fed and US Treasury and have been manipulating financial markets since 1913.

And how does this affect one’s economic planning anyways? Financial markets and stock exchange pursuits are basically a gambling operation…UNLESS you’re an insider.

Who are the insiders? Jews.

And Jews keep their secrets between themselves and to whatever politician they can dangle a bribe in front of so as to maintain their role as the international thought police. 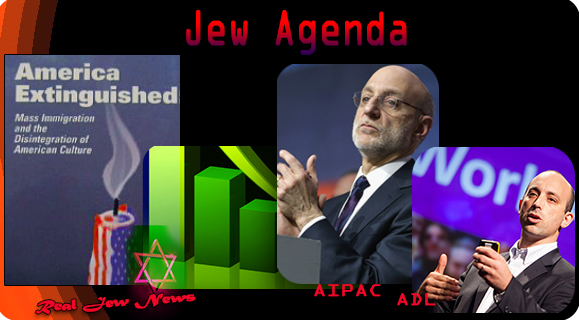 OPEN IMMIGRATION has stamped a transformational change on American life.

This is a trend that began in America with the Open Immigration Law Of 1965 which eliminated “national origins quotas” and opened the door to a Third World influx by allowing for “chain immigration.”

In other words, every third cousin of every distant aunt and uncle has been coming to America’s shores from non-Christian Third World nations since 1965.

And all the Jewish groups that pushed the legislation through such as the American Jewish Committee, the ACLU, and the Anti-Defamation League—whose apparent aim was to destroy White Christian society—have been celebrating mass immigration ever since. 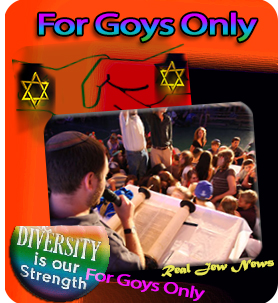 This is JEWRY’s agenda…this must be understood.

In fact, they can be ignored by Jews except for the growing Hispanic bloc at which Jewish Lobbies like AIPAC and the ADL are throwing money at.

Those who mourn over “mass immigration” must resign themselves to the inevitable: The cultural and economic “trend” of immigration from Third World countries is here to stay.

Although the “trend” is irreversible, Christians can take hope by initiating efforts to evangelize the various “non-Christian creedal” immigrants in America and engage in respectful dialogue and interchange.

Jews love “diversity” for the goys. But for a Jew to be forced to live in a minority neighborhood is considered a disgrace by the Jewish Kahilah (community.)

Trends for 2015? If a soothsayer doesn’t name the Jew…he’s wasting your precious time.

For More See: The End Of White America Click Here