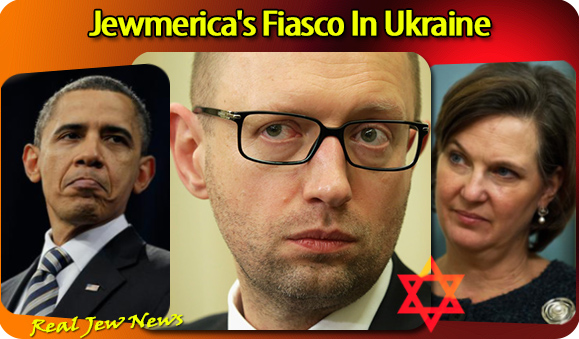 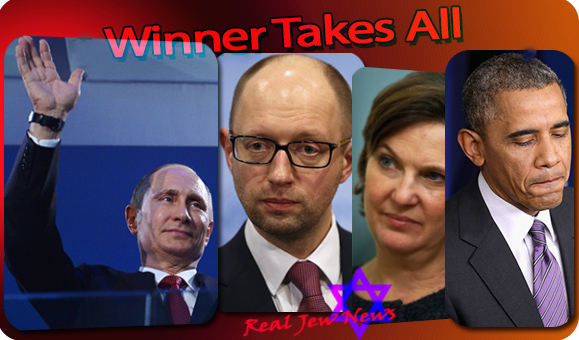 THE JEW INFESTED WHITE HOUSE has blundered into the land of no return with yet another foreign policy failure, this time in Ukraine.


Jewmerica backed the wrong horse in Syria, or rather, it backed the same terrorists it’s fighting in Afghanistan and Iraq.

And now with the debacle in Ukraine where Washington’s aim was to weaken Russia’s global standing, the exact opposite occurred.

Russia now enjoys an enhanced geopolitical position by annexing Crimea where its warm water access to the Middle East is no longer under a lease agreement with Kiev.

The Crimean peninsula is also safely out of the hands of Nato. It’s Russian territory now and Nato can’t park a military base there.

As the Fiscal Times reports, Washington’s misguided wager in Ukraine is a big loss. 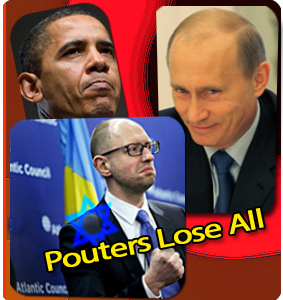 The loss began with the State Department sinking 5 billion into regime change. Nuland wagered that her wonder boy, Yats the Yid, would work miracles. He didn’t.

Will Yats work a miracle in East Ukraine where pro-federalists refuse to bow to Jewmerica’s imposed regime in Kiev? Not if the Ukraine military and internal security services won’t obey.

Russia holds the cards. By insisting upon a federalist constitution conferring greater political power to East Ukraine and decreased centralization, the defanging of the ultra-nationalists is assured.

The best Jewmerica could counter with is pouting from their schwartza in the White House.

“I’ll show you. If you don’t let me win, I’ll break your toys, and then take my toys home.”

Obama can have his toys. But Putin gets Ukraine.