Congress Grovels Before A ‘Jewish’ State 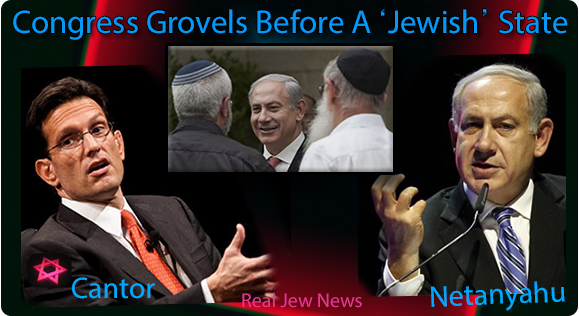 CONGRESS GROVELS
BEFORE A ‘JEWISH’ STATE 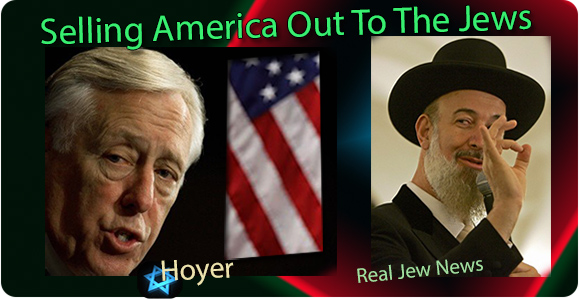 YET ANOTHER JEWISH-INSPIRED Congressional Resolution was passed by the House of Representatives on May 9, 2012.


The Bill, “H.R. 4133: United States-Israel Enhanced Security Cooperation Act of 2012,” legally binds America to a “Jewish” state…with Jewry’s ink dripping its agenda from start to finish of the legislation.

Moreover, apparently it was due to Jewish intrigue that the Resolution was passed under a procedure called “suspension of the rules” typically reserved for non-controversial topics requiring little debate and allowing for a quick vote.

Middle East specialist, Dr Stephen Zunes, outlines a number of provisions that evince a strong Jewish imprint throughout the Bill:

It is to be US policy to be forever committed to the security of the State of Israel as a Jewish state.

• This is the first time in history that Congress committed America to the racial and religious makeup of a foreign state.

Also, any peace settlement would be contingent on Christian and Muslim Palestinians recognizing Israel as a “Jewish” state relegating themselves to 2nd class citizens and forfeiting all Palestinian refugees the right of return to their stolen homes and lands.

It is to be US policy to help Israel preserve its qualitative military edge in the region.

• The Bill would thus legally obligate America to maintain Israel’s ability to invade, occupy, and subjugate its neighbors while keeping Israel in a constant state of war and increasingly dependent on the United States.

It is to be US policy to veto any “one-sided” Resolutions at the United Nations Security Council directed at Israel.

• Israel would then be exempt from its ongoing violations of international humanitarian law and future crimes against humanity and related war crimes. View Entire Story Here & Here. 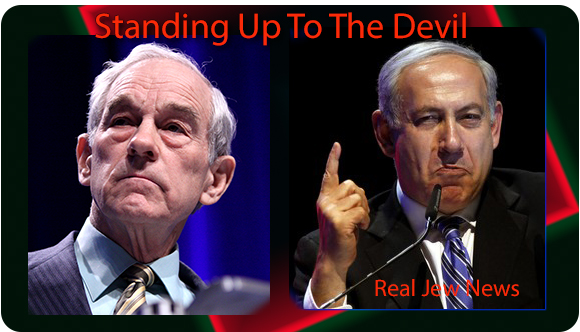 PACT WITH THE DEVIL

IN THE MIDST of a deluge of Congressmen pledging their “undying dedication” to the Jewish state of Israel, (the Bill passed with an overwhelming 411-2), only Ron Paul (and Joe Donnelly) stood up against the ongoing Judaic infiltration of legislative polity.

On the contrary, said Paul, the Constitution prohibits the establishment of any particular religion in the US.

Paul also underlined the dangers of this Jewish-inspired (or is it Jewish-bought?) legislation by arguing that according to the Constitution, American policy should be to protect the security of the United States and not to guarantee the religious, ethnic, or cultural composition of a foreign country. 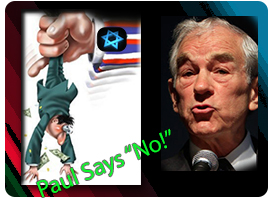 Boldly in the face of Jewish recrimination, slander, and media assault, Ron Paul asserted his opposition to having US taxpayers underwrite the agenda of a “Jewish” state:

“While I believe that Israel should be free to determine for itself what is necessary for its national security, I do not believe that these decisions should be underwritten by US taxpayers and backed up by the US military.” View Entire Story Here & Here. 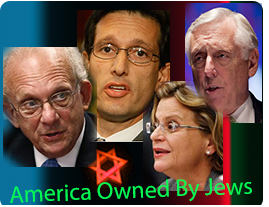 That 4 Jews pushed through this unconstitutional Bill is an indication of how Jewry has entirely seized control of Capitol Hill…subjugating America to the anti-Christ religion and agenda of Judaism.


WHO THEN CAN DENY that Congress has made a pact with the devil?

WHO THEN CAN DENY that Congress is now in league with the anti-Christ himself?

And: Why Is The World Enslaved To A Jewish State? Click Here