When We’re Forced To Buy Bonds 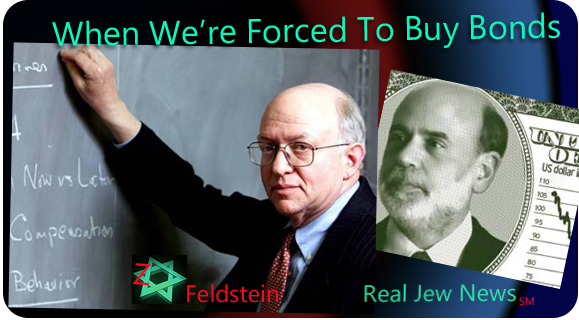 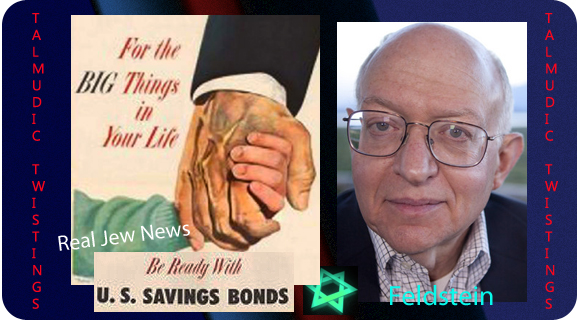 A PROPOSAL BY JEWISH ECONOMIST Martin Feldstein calls for “forced” purchases of bonds in order to “bailout” bankrupt Spain.

In an op-ed penned for The Financial Times, “Time For Householders To Buy Bonds And Save Spain,” Feldstein advises the Spanish government to levy a “lending” surcharge on “individual incomes” in exchange for interest bearing bonds. View Entire Story Here & Here. 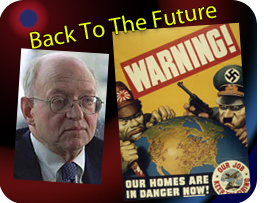 Feldstein, a Professor of Economics at Harvard University, appears to have no scruples when it comes to fleecing ordinary citizens in order to pay (though he uses Talmudic euphemisms “lend” and “interest bearing” which is meaningless due to runaway inflation) for a nation’s bad management of monies.

It’s only a matter of time before Feldstein’s proposal—with likely support from a list of Jewish economists a mile long—peers into the pockets of millions of US tax payers in a mandatory plan to buy “Restore America!” (or some such concoction) Bonds.

And over and above the mile long list of Jewish economists (hasn’t Milton Friedman already initiated the ruination of our economy?) the greatest danger to America’s economic well-being is the Jewish-owned Federal Reserve. 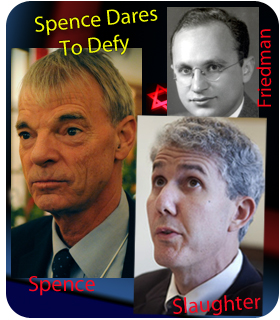 Through its network of consultants and visiting and resident scholars representing Ivy League colleges, the Fed so thoroughly dominates the field of economics that any criticism of the central bank creates a career liability for America’s economists.

For instance, Nobel prize winner Michael Spence recently outlined how offshoring of American jobs to China and India has destroyed the economy. But neither the Jewish-owned media nor academic circles have circulated Spence’s warning.

On the other hand, prominent Jewish “free trade” economists like now-deceased Milton Friedman (recently honored by fellow-Jew Bernanke) and his torch carrier, Matthew Slaughter, a senior fellow at the Council for Foreign Relations for Globalization, enjoy not only widespread publicity but government appointments as well. Slaughter also gets “Senate Hearing” slots led by Jewish traitors.

Economists, (like Slaughter who are dependent on corporate largess), keep spinning Friedman’s Jewish deception that “jobs offshoring by US corporations increases domestic employment.”

And although Obama continues to lie to the American people that unemployment remains “steady” at 8.1%, John Williams of Shadow Stats has proven that the real unemployment rate is at 22%.

WHILE BEN SHALOM BERNANKE claims that an economic recovery is “gaining momentum,” the FDIC is reporting a steady stream of bank failures.

Close to 500 banks have gone out of business between the years 2002-2012 at the rate of fifty bank failures per year.

In sharp contrast, between the years 2001-2002 only four banks went under.

And it spells even worse news for the rest of us who need to heed the advice of John Williams of Shadow Stats to get our money out of our checking accounts and into barter-ready currencies ASAP.

Unemployed blue and white collar US workers despair of ever finding jobs again.

But in spite of our nation’s jobless citizens, the House Foreign Affairs Committee led by Jews, Howard Berman and Ileana Ros-Lehtinen, (they are traitors), is set to give Israel the largest grant of military aid ever—to the tune of $1 billion in addition to the $3 billion per year already allocated to IsraHell.

And: Your Bank & Government Are Not Safe Click Here