China’s Attack On The Dollar

CHINA’S ATTACK
ON THE DOLLAR 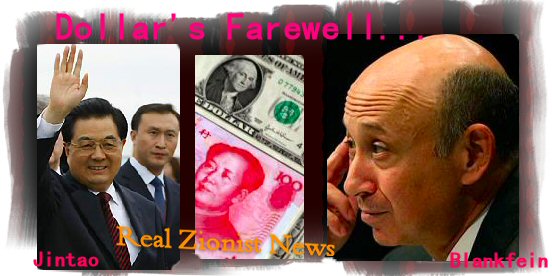 “THE DOLLAR AS RESERVE CURRENCY IS A PRODUCT OF THE PAST,” said China’s President Hu Jintao in a recent Wall Street Journal interview.


China has been warning America that its support for the dollar was not unconditional. But the warnings fell on deaf ears and Washington embraced a borrow-and-spend policy that would have destroyed any other currency.

Then last year, when it became clear that America could not borrow enough money to pay its bills—Ben Shalom Bernanke revved up the Fed’s printing presses and pumped out an easy $900 billion—75 percent of America’s borrowing needs—to cover the debt.

Bernanke called his scheme, QE II, (Quantitative Easing II), which sounds more like a laxative than an economic policy.

While America’s economy (and the dollar) is headed for the trash heap, China’s goal is to replace the dollar with the Yuan as the new global currency.

Thus, countries will be forced to maintain reserves of the Yuan and dump the dollar. 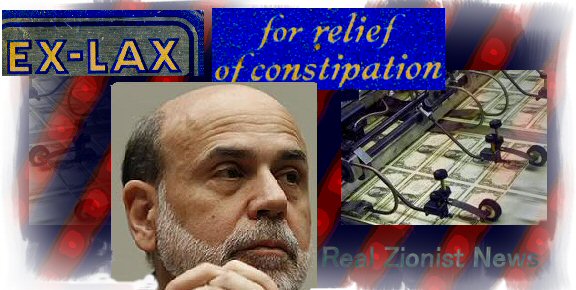 CHINA WOULD THEN use its own currency to conduct transactions, gaining more favorable terms—(which America now enjoys but not for long)—in the Asian superpower’s insatiable thirst for new energy sources.

As reports Der Spiegel, Hu and the Politburo attended secret lectures in which Chinese professors explained the history of the rise and fall of major powers. During these sessions, the Chinese leaders were taught that no modern country has ever become a superpower without a reserve currency.

The United States superseded the British Empire at the end of World War II, when the dollar replaced the British pound as the dominant currency in the global financial system.

This explains why Beijing has pursued the internationalization of the Yuan since the outbreak of the global financial crisis in 2008, which the Chinese believe has irrevocably harmed their American rival.

Of course, the same Wall Street Bankers will be exploiting China’s newly-found wealth.

For after all, the big boys, Lloyd Blankfein of Goldman Sachs and Robert Rubin & Sanford Weill of CitiGroup, sent America’s manufacturing to China in the first place.

With US manufacturing gone, the white collar jobs have vanished with it. All of our IT specialists, R&D scientists, computer programmers, and engineers, are seeing their jobs taken by those with names like “Wang” and “Singh.”

But those with names like Rubin, Weill, and Blankfein, that’s a story for the Forbes 400…