Dreaming Of A Trump-Putin Meeting 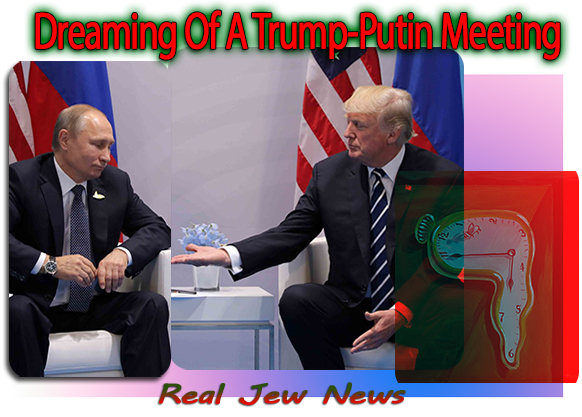 WHAT A STRANGE DREAM I had last night! I dreamt I was in Germany in the midst of riots and police on horses.

Suddenly, Melania Trump, wearing a fur coat, Russian style, started yelling at me in Slovak telling me she had a ticket for me to attend the meeting between Trump and Putin.

As I ran with her to the meeting, a man with a pot belly and false teeth came up and told me that Niki Haley wanted to debrief me at Angela Merkel’s house.

“You look like Bill Kristol the neocon Jew,” I said. Then he vanished.

I found myself in Angela Merkel’s house in front of her refrigerator.

A clock was ticking and when I looked up it started to melt. 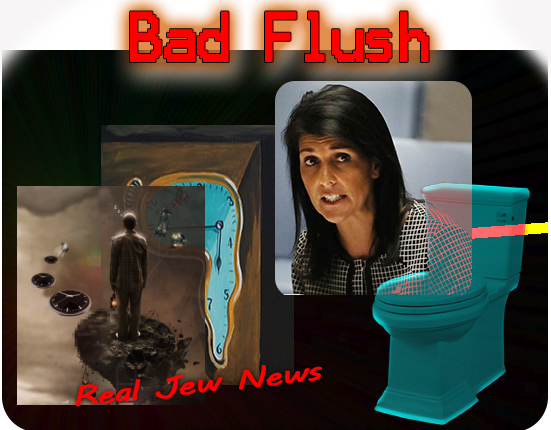 A VOICE CALLED TO ME from the bathroom. It was Niki Haley screeching from the toilet, “Putin hacked the election. I wanted Hillary to win, doggone it!”

Then the toilet flushed, overflowed, and a rush of fecal matter began running into the kitchen. I got out of there fast.

A cop on a horse then rammed through the wall and threw me on the horse’s back. He started singing “Hava Nagilah” but he didn’t look Jewish. He looked German with sagging jowls, and, (surprisingly), with a Star of David necklace around his horse’s throat.

“Where are you taking me?” I asked. “To the Trump-Putin meeting,” he said.

Suddenly, I’m sitting in a white chair with the Russian flag behind me. I’m sitting relaxed with open legs. I felt pretty cock-sure. Really in charge.

THEN THIS HUGE MAN walks in, must have been 7 feet tall with a Dairy Queen soft-serve on top of his head and a large orange face.

It was Trump. He walked up to me and held out his hand to shake my hand.

I offered him mine and he PULLED ME real hard toward him. I started pulling back but he PULLED HARDER. I mean, he’s 7 foot 2 and I’m only 5 foot 10. What’s a man to do?

He lifted me to his lips, turned my head to the side and whispered in my ear, “You’re the only one who knows I’m in hock to the Kushners. Don’t breathe a word ’til I die.”

I awoke in a cold sweat, took a deep breath, ran to the kitchen, and poured myself a drink.

Vodka on the rocks is a strange drink. Watching the news can make a person dizzy.

And: The Wagner Hitler Loved Here

And: Ready For The Times To Get Better Here