Confessions Of A Wayward Jew 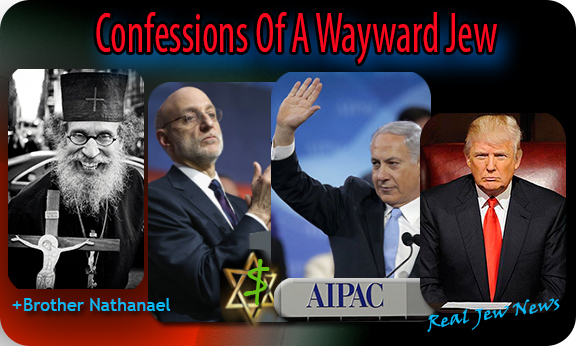 DEAR DIARY, something’s disturbing me and I’m not sure what.

Perhaps it’s due to an email sent to me this morning: “Do you think we are witnessing a paradigm shift and if so is it good or bad?”

I answered, “Trump is on a long and short leash by the Jews, and that’s bad.”

He’s on a long leash due to Jewry’s grasp of the restive mood of white, middle Americans and will barely allow him to initiate his anti-immigration plans, jobs policies, and a few other bones thrown to the goys.

And, how does Trump’s conciliatory approach to Putin and Russia play into it?

Jewry is allowing Trump to “talk” with Putin about fighting Isis and Islamic terrorism.

That’s all the Jews will allow since Trump’s “Islamic terror” rant can be used by pointing to those “hateful” Palestinians as justification for the annexation of Gaza and the West Bank and the annihilation of its molested residents either by genocide or expulsion.

Jewry fears Russia with its emerging Orthodox Church and its global influence. Thus, it will not countenance a detente with that nuclear-armed nation allied with Iran and China.

Jewry must eliminate Iran as a Middle East power along with Syria and Lebanon since this “Axis of Resistance” obstructs Israel’s hegemony in the Middle East. And Russia is an external player in this Jew-targeted axis due to its role and military bases in Syria. 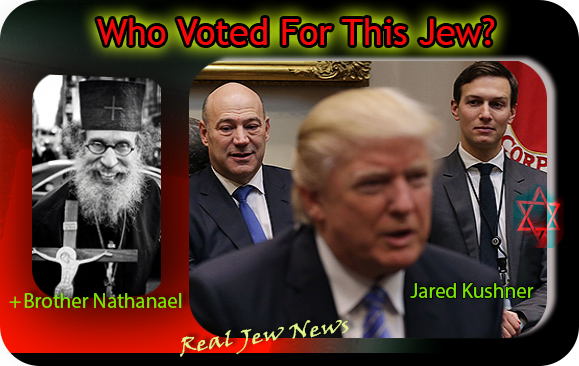 IT’S ALL A JEWISH SHOW, a media event (the staged enmity between it and Trump to deflect the goys from the JEWish elephant in the living room), with everyone thinking that a “new paradigm” is in place that the media opposes.

But the assumptions remain the same: “Israel is a victim of ‘extreme Islamic terrorism.’”

Ways of thinking remain the same: “Israel is our friend, Arabs are our enemies.”

Methodologies remain the same, with nuance: “Trumpism is a business model for shaping domestic and foreign policy.”

All told, the end result is set in stone: “Jews will get a greater Israel, greater than it’s ever been before.”

I KNOW NOW what’s disturbing me. It’s capsulized in this question:

If Israel was created as a “homeland” for the Jews, why aren’t Jews moving there en masse yet are still supporting it through bribing and blackmailing political hacks in DC?

As a ‘wayward’ Jew—(I rejected Judaism and am now an Orthodox Christian)—I know the answer, having grown up in an upper-middle class synagogue.

A Jewish “state” confers legitimacy on a national military equipped with nukes.

A Jewish “state” brings its embassies, spies, trade deals, and intelligence and military symbiosis with other countries.

Moles can be visibly placed in strategic positions such as Jared Kushner now a permanent fixture in the Oval Office whose fondness for Israel supplants devotion to America.

And so, dear diary, I’ve fleshed it out. I’m still disturbed, bothered…but not bewildered.

For More See: Trump Takes A Dip In The Jewish Swamp Click Here

And: Can Trump Defy The Jewish Lobby? Click Here