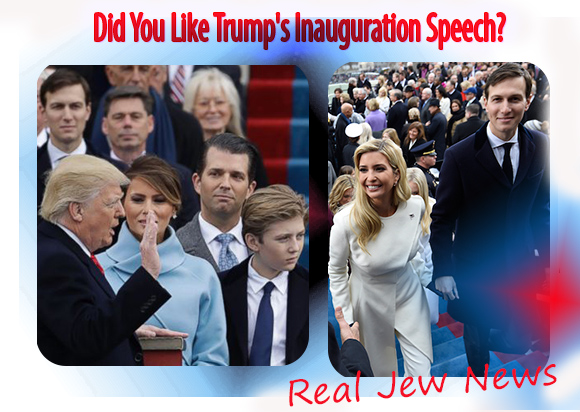 DEAR DIARY, today Donald Trump gave his inauguration speech. It was stirring, raining, and very patriotic. Everything an inaugural speech should be.

Besides seeing Jared Kushner, (who I can’t stand), standing close to daddy-in-law, I was stirred to do something but I wasn’t sure what.

I was too distracted thinking how the wormy little Jew Kushner will be sitting in on all the intelligence briefings and scheming away to make Israel greater than ever before.

Well, I took a deep breath and said to meeself, “get over it, Trump is speaking, listen to what he’s saying.”

Try as I might, I couldn’t listen, I was too fixed on how jewed-up Kushner is going to make the White House.

With Melania staying at Trump Tower looks like Ivanka will be ‘first lady.’

We also got Trump’s bankruptcy lawyer—a real scum ball—David Friedman, as ambassador to IsraHell, who supports the illegal settlers in the occupied West Bank. (What do you expect from a Jewish lawyer…to oppose something illegal?)

Add Kushner to the mix, his assistant Avrahm Berkowitz, speech writer Stephen Miller, and a ’special adviser’ for “surrogate operations,” Boris Epshteyn, ALL Jews, and you got a recipe for matzah ball soup with gefilte fish in your face. 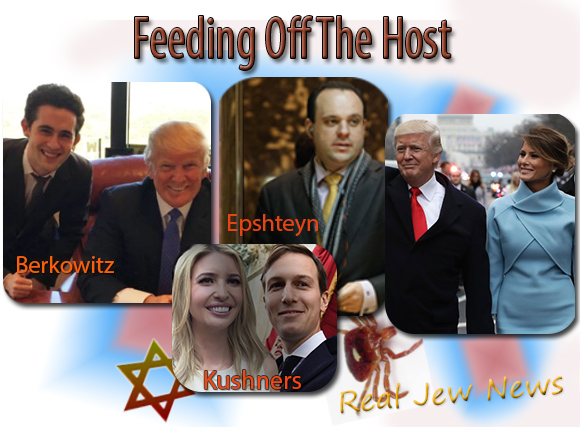 DOES ANYBODY know what ’surrogate operations’ are?

Only a Jew could fill this role since Jews are hugely over-represented in DC.

And surely Epshteyn (should be spelled EPSTEIN) will find plenty of JEWS to ‘represent’ Donald J Trump.

But Jews are basically parasites. Kushner, Berkowitz, Miller, and Epshteyn feed off the host: Trump, who shed the blood, sweat, and tears to become president.

Anywhoo, dear diary, I finally came to myself at the end of Trump’s speech, I mean, it honestly made me want to do something big:

You know the rest.

For More See: Trump In The Eye Of The Storm Click Here