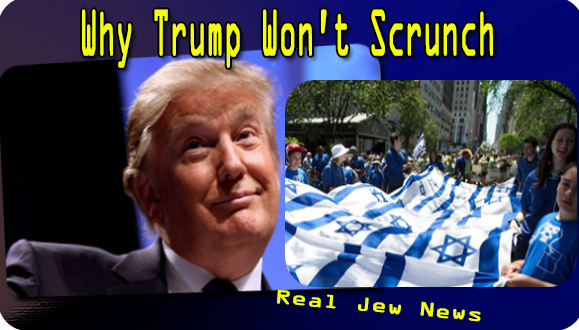 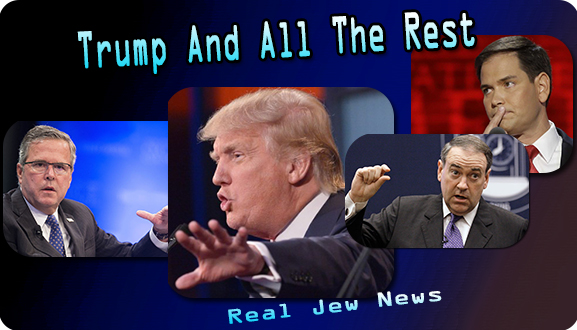 HE’S BEATING WALKER in Wisconsin and more popular than Cruz in Texas.


With Trump crushing Huckabee among evangelicals, ahead of Jeb among moderates, and trouncing Rand with Tea Partiers, the election can easily be called, Trump And All The Rest.

It’s personality over policy. His wide demographic base loves his “body language,” his “political incorrectness,” his “I can’t be bought,” and “I get things done” tycoon way.

And all the rest? Jeb’s a bore, Marco’s a pretty boy, and little Rand can’t inspire.

Perhaps Trump is right that he can’t be bought. He’s a billionaire and doesn’t need anybody’s bucks. AIPAC’s got nothing on Donald. 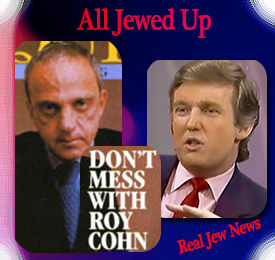 They don’t have to. They already own him. You don’t become a real estate mogul in Manhattan unless you play ball with the Jews.

For with Trump hiring Roy Cohn, a well-connected Jewish homosexual lawyer, as his legal counsel back in the 70s, he’s been knee-deep in Jews ever since.

Lots of pro-Israel bona fides with The Donald boasting of honorary plaques from Jewish organizations dressing his wall and gracing the annual Salute To Israel Parade in New York City as grand marshal.

TRUMP “LOVES” ISRAEL (you better if you’re doing biz in NY), and Israel’s Bibi loves him back. That commercial Donald did for Bibi guarantees him a huge chunk of the Jewish vote.

And it’s all about the Jewish vote, really, not personality, nor policies.

There’s only ONE policy that matters in Jewmerica: How “MUCH” you “LOVE” Israel.

Elections 2016 is for Jews only. And Trump’s got that covered.