What Really Happened To Freddie Gray 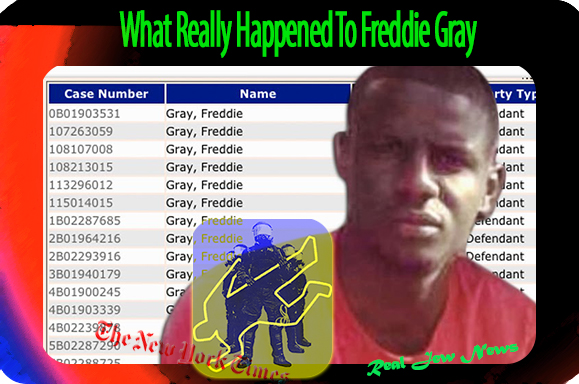 What Really Happened To Freddie Gray
By Brother Nathanael Kapner May 5, 2015 © 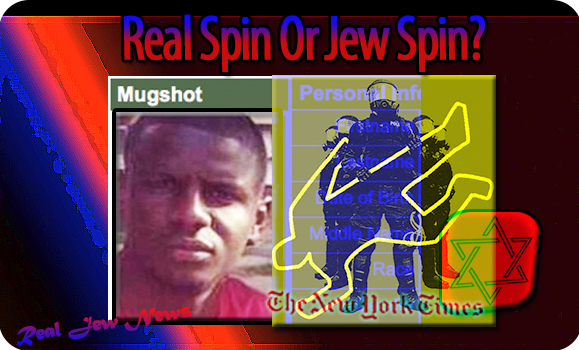 THE JEW-OWNED PRESS would have us believe that Freddie Gray merely made eye contact with police and then fled.


This prompted, as the Jew spin goes, the cops to ‘pursue, arrest, and murder’ Gray. Cops murder another innocent black.

The six cops, 3 blacks and 3 whites, are political prisoners of the Jew agenda to make a martyr out of a black criminal so as to denigrate White Christian society.

Here’s what likely happened to Freddie Gray that the Jews won’t tell you.

Lieutenant Rice and Officers Nero and Miller were on bike patrol near the corner of North Avenue and Mount Street.

A guilt-ridden Gray, as soon as he “locks eyes” with Rice, bolts like a rabbit. A short foot pursuit ensues.

There is now “reasonable suspicion” for a field “Terry” stop and detention on Gray.

Gray had an Arrest Record a mile long. Earlier arrests were drug offenses, later ones progressed to show arrests for violent crimes.

Gray resists arrest and starts swinging. The officers grapple him to the ground and prone him to handcuff him, which a combative Gray resists.

Gray is then frisked and a “spring assisted” knife is found in his pocket. There is now “probable cause” for arrest. He’s charged with carrying an illegal weapon.

Rising star state prosecutor Mosby states that the knife was not a switchblade and is lawful under Maryland law.

However, Gray was not arrested under the Maryland Criminal Code but under the Baltimore City Code Weapons Violation §59-22 Switch-blade knives. 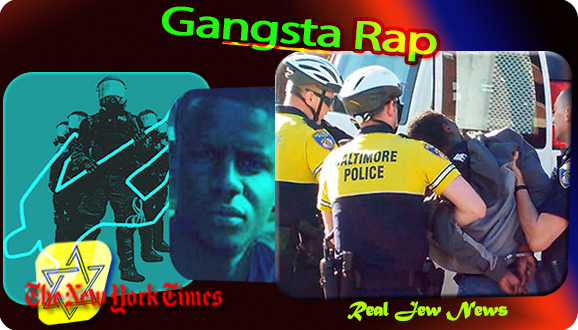 IN THE PADDY WAGON

THE PADDY WAGON arrives driven by Officer Goodson, a black senior officer with no history of complaints for misconduct or else the Jew media would be screaming it.

Because the cops don’t want to risk getting bitten or head-butted by Gray, he was again not seat-belted to the metal bench.

Goodson, driving solo, then makes a “mystery stop” at what turns out to be a neighborhood food market.

Hearing Goodson leave, Gray stands up to slip his hands, cuffed in the back, down over his butt to bring them to the front, as seen in this example.

As reported, the only evidence of trauma was the spinal cord injury diagnosed at the hospital, not visible from the outside, and later the mark of a bolt matching the paddy wagon’s rear door bolt on the crown of Gray’s head.

Police claim the injury was caused when Gray, standing, slammed into the back of the paddy wagon, apparently breaking his neck with a “mark” he sustained on the top of his head that matches a bolt in the back of the transport van.

There are otherwise no other outward signs of trauma.

In order to receive such a mark on the crown of his head, identified as a particular bolt, Gray was facing the rear door and standing bent over close to 90 degrees at the waist.

With Gray bending forward trying to slip his cuffs down while facing the rear door, a normal acceleration would pitch him headfirst into the door, effectively similar to being dropped on his head. View Entire Story Here, Here & Here.

THE SIX COPS are “defendants.” They are “innocent” until proven guilty.

But in ‘get whitey’ JEWmerica, they’re ALREADY proven “guilty.”