Why America Supports The Gaza Slaughter 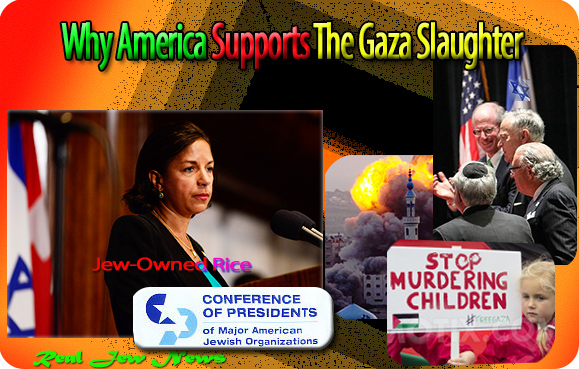 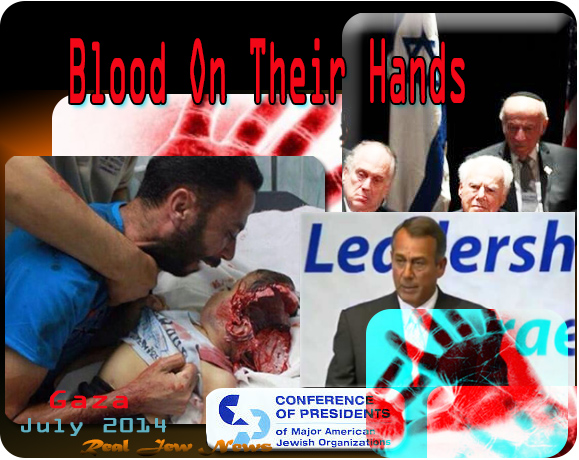 ALL THE JEW-BOUGHT political hacks of Congress and the White House were there cheering on the Jewish slaughter of Gaza.


It was a grand occasion at the National Jewish Leaders Assembly on July 28, 2014 where the main topic was the massacre of Gazan civilians by the American-enabled Israeli military.

Keynote speaker was Jew-owned Susan Rice (professionally inept and morally bankrupt) who chalked up future credits from her Jewish owners (slave trade agents) with words to mollify Jewish guilt of bloodshed in Gaza.

“In a land where, in the haunting phrase of Yitzhak Rabin, ‘parents bury their children,’ today is a time of worry for all who care about Israel. Our commitment to protect Israel’s qualitative military edge remains absolute,” Rice told her bloodthirsty audience. 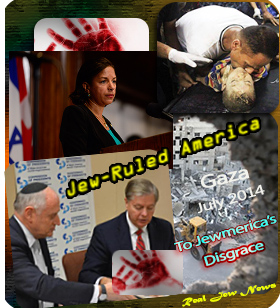 One wonders if parents in Gaza can even find their dead children under the rubble left by Jewish bombs PAID FOR by America.

For in Jew-bombed Gaza, Palestinian parents don’t get a chance to “bury” their children.

And one might be tempted to ask Jew-owned, hateful-looking Rice if perhaps it’s a time to “worry” and “care” about the civilians in Gaza mowed down by Jewish bombs?

How could that be? They’re Arabs, not Jews.

For Jewmerica ONLY cares about “Jewish lives” while Palestinian cattle in Gaza are herded en masse for the slaughter.

Next in the lineup of Jewish arse-kissers, and scoring points for his future political ambitions with media & monied American Jewry, was House Speaker, John Boehner.

“In times like this, people try to isolate Israel, vomited out Boehner, “but we are here to stand with Israel. Israel’s enemies are our enemies.” 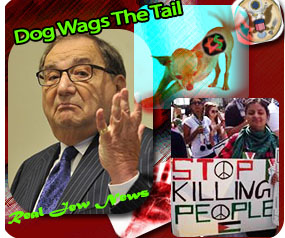 THIS IS WHY America is in trouble.

To render children, women, and elderly Palestinians in Gaza as America’s “enemies,” (for they surely are the ‘enemies’ of hateful Jews), then Jewmerica has lost its conscience and is beholden to bloodthirsty Jewish policies.

Just this past week, the Jewnited States of Jewmerica has allowed Israel, while waging its massacre of Gazan civilians, to tap a US arms stockpile to resupply it with grenades and mortar rounds.

“Stop Killing People!” is now an anti-Semitic message, according to Israel-Firster, Abe Foxman of the ADL.

And Rabbi Abraham Cooper of the Simon Wiesenthal Center whines that it is Hamas’ fault that people all over the world are beginning to passionately hate Israel.

AMERICA IS NOT its own. It’s been bought with a price. That price is selling its soul to Christ-hating, humanity-hating, neurotic, dysfunctional, detestable Jews.

Woe to your country when its rulers are Jews!

They murdered God on the Cross and now they’re murdering America!