Ariel Sharon Speaks From The Grave 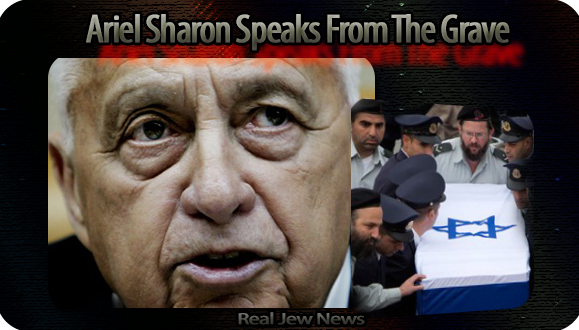 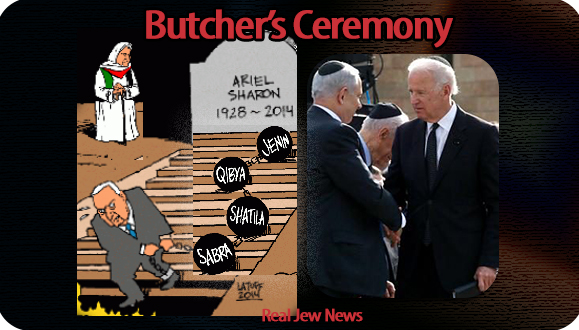 AS ARIEL SHARON LIES IN THE GRAVE, the Jew-infested Wall Street Journal memorializes his words in a lame attempt to lionize his person.


In today’s OpEd, Ariel Sharon In The Journal, excerpts from opinion pieces penned by Sharon are laid out for all the Journal’s Jewish readers and Gentile dupes to drool over.

In the following excerpt, Real Jew News debunks all of Sharon’s dribble the Journal would have us swallow.

Thus, instead of lionizing the murderer Sharon there’s ample reason to reproach him.

Sharon: “The tragic conflict between Israel and the Palestinians is of such a nature that a solution can come only from within—from the parties themselves—in the course and as a consequence of the continued painful friction between the two peoples.”

And “continued painful friction” between the two peoples? No way again.

Who started the conflict in the first place? And who’s continuing the “painful friction?” The Jews…NOT the Palestinians.

Sharon: “Any artificial solution would lead to a worse situation than the current one.” 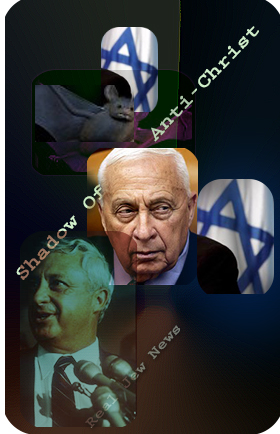 Answer - What Sharon means is that any “artificial solution” other than the complete capitulation of the Palestinians to the Jews will never do.

Sharon: “A friendly superpower such as the US and not just a small and ancient people like the Israeli nation should look beyond the horizon—50 years to 100 years ahead.”

Answer - Why does the US have to “look” beyond the horizon for the sake of Israel’s future? Let the Jews fend for themselves and see to their own future.

And what does Israel being an “ancient people” have to do with the price of Palestinian blood?

To invoke “ancient status” of European Jewish colonists matched with the ancient status of the Palestinians who have laid down roots in the region for centuries is like comparing flotsam with an iceberg.

Sharon: “It’s for the US to comprehend that Israel’s existence is the best guarantee for the democratization of its Arab neighbors—from the Persian Gulf to the Mediterranean.”

Answer - Sharon gives the plot away. A ‘Greater Israel’ stretching from the “Persian Gulf to the Mediterranean” is what Jew-ruled America has picked up the tab for since 1945.

Sharon: “Democracy more than any other factor remains the lifeblood of enduring peace.”

Answer - Then why did you shed so much blood for your “enduring peace?”

And practice what you preach. Your “democracy” falls far short of equal citizenship for ALL the residents in Israel—both Arabs and Jews.

Insisting that Palestine be recognized as a “Jewish” State doesn’t square with your regurgitation of ‘democracy.’

FOR A JEWISH STATE in ANY part of the world translates into an Anti-Christ State.

And we don’t need another Jewish ‘hero’ like Sharon any more.