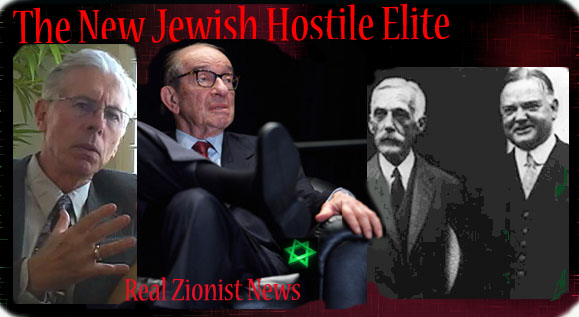 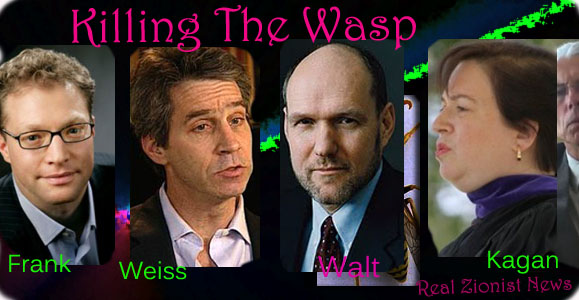 Brother Nathanael: Is there a decline in WASP influence in America?

Kevin MacDonald PhD: There certainly is…a major decline at that.

This is illustrated in a recent piece by Stephen Walt of Israel Lobby fame. He opposes a White Christian complexion in Western society as evinced in his objection to, in his own words: “the idea of defending some sacred notion of the ‘Christian West’ supposedly under siege by an alien culture.”

What is at stake here is that WASP intellectuals, like Walt, have thoroughly bought into the Jewish guilt-tripping of Western Civilization which grew out of a White Christian context.

Br Nathanael: Has another elite replaced the WASP elite? 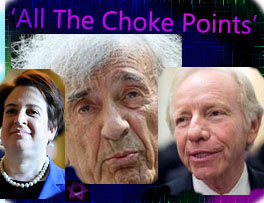 Kevin MacDonald: Yes, a Jewish elite that has seized all of the major choke points of American society: academia, the courts, and politics.

What particularly irks me is that Jews are rubbing it in our faces. For instance, writing in the Wall Street Journal, “That Dying Star - The American WASP,” Robert Frank brims with Jewish triumphalism and contempt for WASPs.

Then there’s Philip Weiss, that ‘enlightened Jew’ of Mondoweiss fame, who in his recent article, “WASP Society Is Disintegrating,” exalts in the “Jewish world” he boasts of belonging to, replacing the “WASP world” with the same cohesion of race, culture and money.

Br Nathanael: How does Frank justify Jewry’s supplanting of the WASP elite?

Kevin MacDonald: He specifies the decline of WASP family connections and the rise of a meritocracy as the reason for Jewish ascendancy.

This is a favorite aspect of Jewish self-conception — the idea that Jews replaced WASPs because they are smarter and work harder.

But this leads to the ultimate irony: Supreme Court appointee, Elena Kagan, is remarkably unqualified in terms of the usual standards: judicial experience, academic publications, courtroom experience. Rather, all the evidence is that Kagan owes her confirmation to her Jewish ethnic connections.

Br Nathanael: Is the new Jewish elite an improvement over the WASP elite?

Kevin MacDonald: No. Let me put it this way. One of the characteristic flaws of WASPs is believing that other peoples are just like them so that those who replace them will uphold the same ideals…such as making decisions based on principle rather than on self-interest.

Kevin MacDonald: That which underlies Jewish decision-making is found in their oft-posed question, “Is it good for the Jews?” Strong racial identifications so rampant among Jewry is the very antithesis of principle.

Br Nathanael: When did the Jews begin challenging WASP society?

Kevin MacDonald: Phillip Weiss’s theory is that it began during the 60’s anti-war movement.

At Columbia, for instance, Jewish students, many of them leaders of the radical leftist group, “Students For A Democratic Society,” denounced professors who augmented their incomes from defense contractors.

And they deplored Columbia’s administration for “dripping with goyishness.” Thus, there was a social component to Jewry’s challenge to Gentile rule — it wasn’t just about power.

Br Nathanael: What do you make of that?

Kevin MacDonald: That it was about eradicating the culture of the White Gentile elite. It was racial displacement plain and simple, decapitating American society and replacing its elite with a Jewish one.

Br Nathanael: How would you describe the new Jewish elite?

Kevin MacDonald: It’s a hostile elite — hostile to the traditional people and culture of America in a way that was completely foreign to the WASPs who represented a substantial percentage of the population. 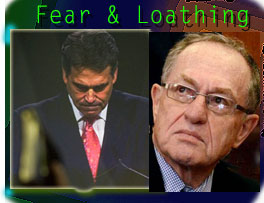 Br Nathanael: In your thesis on Western Civilization you describe Jewry’s hostility toward Christian values. Is this the attitude of our nation’s new elite?

Kevin MacDonald: The Jewish elite fears an America that takes Christianity seriously. Take for example, Rick Perry. Jews have a real problem with Perry because he comes out as being a serious Christian.

Perry’s recent Christian prayer rally left nearly all Jews with fear and loathing. That’s why they favor Romney…he keeps his religion on the back burner.

It all boils down to this. Today’s Jewish elite hates the nation it rules.