The New Jewish Buzz Words For A New World Order 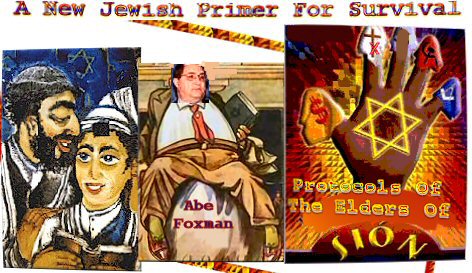 The New Jewish Buzz Words For A New World Order

IN ORDER TO SURVIVE the Jewish New World Order we need a new Jewish Primer:

2. Self-Hating Jew — This is a Jew or former Jew who exposes what the Jews are really all about in their derision towards Gentiles. (e.g. Brother Nathanael Kapner, former Jew now Orthodox Christian, who because he points out their Anti Christian conduct, is called a self-hating Jew by them.)

3. Racist — This is someone who believes that their particular ethnic group is superior to others. (e.g. The Majority Of Jews who feel that they are better than the Goys.)

4. Racist Pig — This is someone who looks down on other races. (e.g. The Majority of Jews who call Gentiles, Goys; Gentile women, Shiksas; Blacks, Schwartzas; and Christians, Right wing extremists.

5. Multiculturism — This is the Jewish vision for destroying the nation that hosts them. The vision consists of flooding society with immigrants from Third World Nations who have beliefs and customs contrary to Christianity. Jews tell us that Third World Immigrants are equal to the indiginous citizens. But Jews will never live in the same neighborhood as them.

6. Zionism — This is the Jewish wish that all Jews could live in a nation of their own. The State of Israel exists for this purpose. But American Jews consider it the greatest calamity to leave the good life of lox and bagels in America to emigrate to the war-torn and terror-ridden Israel.

7. Bar Mitzvah — This is when a 13 year old Jewish male comes of age. He will grow up to be a lawyer so he can litigate against Christianity. He will be an educator so he can distort and cover up historical facts. He will be a wealthy business man so he can manipulate politicians to serve his ends. God forbid he should grow up to work with his hands! God forbid that he should work for a Goy!

8. Separation of Church And State — This is the Jewish way of eradicating all expressions of Christianity in America both verbal and nonverbal. But Menorahs they have legally designated as social symbols.

9. Hate Speech — This is a crime charged against somebody who uses the word Jew when criticising the conduct of the particular social group that the Jew belongs to.

10. Hate Crime — This is a crime charged against someone who criticizes Jews in such a way that violence is incited against them. (e.g. If you say, “The Jews need to accept Jesus Christ as the Messiah,” you run the risk of being charged by the Jews of inciting widespread persecution against the Jews.)

12. War On Terrorism — This is the Jewish way of getting Americans to deflect their focus on unpatriotic and Anti-Christian Jews in their our own backyard, to Arabs 5000 miles away.

13. Enemies of the State — These are Jews who insinuate themselves into influential positions in every nation that has hosted them in order to destroy that nation. (e.g. Jews flooded America in the early 1900s. Not sooner did they get off of the boat that they started litigating against Christian expression in America.)
SEE: Jews Are Finishing What They Started 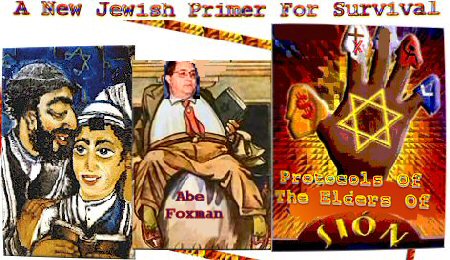 JEWS HAVE UNDERMINED and subverted every Christian nation that has hosted them. Are you fed up? Our only hope is that we become a Christian nation once again here in America. We must all make a commitment to Jesus Christ and regular Church attendance. We will either have a Christian America as we once had - or a Jewish Amercia. There is no in between!
–
Brother Nathanael…Street Evangelist!