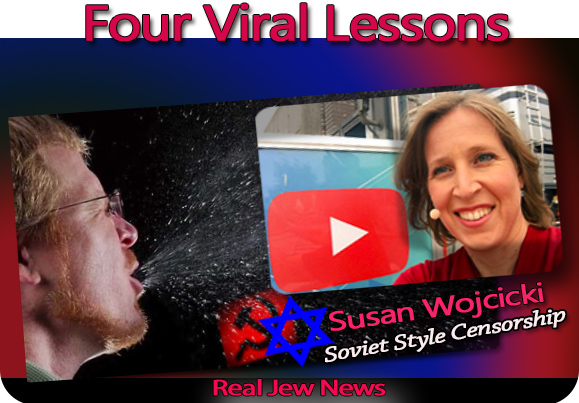 IF ANYTHING COMES out of the COVID panic, for better or for worse, there are big lessons to be learned.


In fact, four practical lessons come to the fore that can serve as lodestars in navigating a future course in a post-corona world.

Knowledge is power and once adequate information is known appropriate action can then take place.

With these four lessons below we can activate a proper response to the corona ‘panic.’

This is a no-brainer.

What country in the history of man has inflicted upon itself its own economic destruction?

There was no famine, no pestilence, no national labor strikes, nothing external except an influenza that mostly affected the elderly, to wreak material destruction.

Yet a bunch of schmucks and female fussbudgets called “Governors” pulled down their own sovereign state’s economic houses and roofs on their citizens’ heads.

And everyone said, “Okie dokie, fine by me.”

Verily Life Sciences, a subsidiary of Google’s parent company, Alphabet, (owned by the Israeli Mossad), began as a project to develop “wearable” devices.

It has since partnered with Gilead on profiling immune systems; with Vaccitech on developing flu vaccines; with Verve Therapeutics on nano-particle formulations; and with GlaxoSmithKline, the world’s largest vaccine manufacturer, in the development of miniature electronic implants.

With the creation of Galvani Bioelectronics in collaboration with GlaxoSmithKline, Verily now has its own pharmaceutical company that is working to “enable the research, development and commercialization of bioelectronic medicines,” which aim to treat disease using miniaturized implanted devices.

So as to protect its prospective HUGE Jewish profits, the Jews who own Google/Alphabet buries alternative health sites to protect people from “dangerous” medical advice.

No surprise that Google’s Verily in working with the CA Governor’s office banned California’s Dr Ericson’s affirmation of natural immunity processes in dealing with the corona virus. 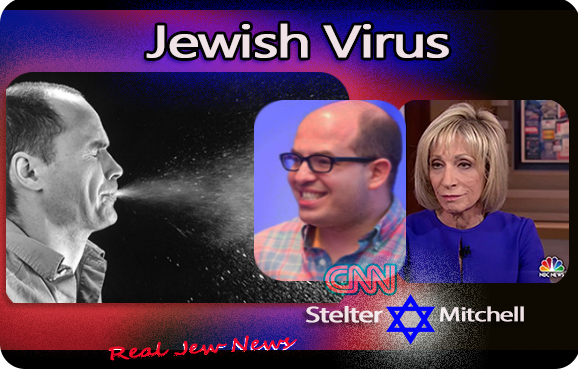 For those whose powers of deduction are not permanently impaired, Jews, who own the media, have been at the forefront in creating the COVID panic.

Whether it’s Brian Stelter, Andrea Mitchell, Jacob Tapper, or Susan Wojcicki, non-stop hysteria has been beamed across the airwaves.

And every Jewish anchor and interviewer have all had their paws fawning all over Bill Gates, the new Queen of Corona.

But bona fide medical professionals like Dr Dan Ericson and Judy Mikovits PhD received around their throats the kosher knife of Susan Wojcicki, CEO of YouTube.

For those who can see the forest for the trees a larger agenda is being perpetrated by Jewry on the hapless goy.

For all the blame games coming out of the White House against China, US manufacturing will continue to be off-shored to China at a record pace.

Just today, five US factories—including Lennox, Polaris, and Goodyear—announced that due to post-corona restrictions and protocols they will close down their factories for good and contract production abroad.

Out-of-work goys still have to feed themselves and their families.

But not to worry, Costco will soon be hiring.

How Corona Can Backfire Here

The Enemies Of Free Speech Here

The Four Curses On Judaism Here