How To Strip The Goy Of His Guns 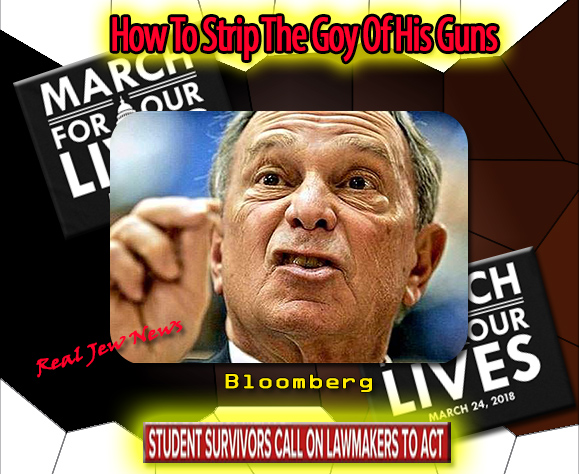 WITH JEWS SCREECHING around the clock for Gun Control, they might want to hatch a plot to get the job done once and for all.

1. Whenever a tragic shooting takes place, let’s say like the recent Florida school shooting, the Jews could get one of their billionaires like Michael Bloomberg to seduce a couple of the students who would love a few days of fame and have these kids “launch” their “very own” March For Your Lives in DC as if it was “student led.”

This way the Jews will dupe everyone to believe that these very immature juveniles who probably have trouble with arithmetic are intelligent enough to understand all the issues surrounding gun control, (do they even know there’s a Second Amendment?), and who still can’t even render a reason for their own anatomical purposes.

2. To prepare troubled kids, bearers of grudges, and unstable minds to go on shooting sprees, (for without shooting sprees the Jews have no casus belli), the Jews could take over public education, academia, TV, and Hollywood.

In doing so, the Jews could ridicule the Bible, make fun of Jesus Christ, laugh at God, and call Christianity an ‘out-dated’ religion, and instead push “humanitarianism,” that is ATHEISM.

This way the Jews will annihilate from society any accountability to God and His moral laws.

AND in this way, all morality will be subjective and no longer in the realm of absolute, objective truth. And voila! shooting sprees will flourish! How wonderful that will be for the Jews! 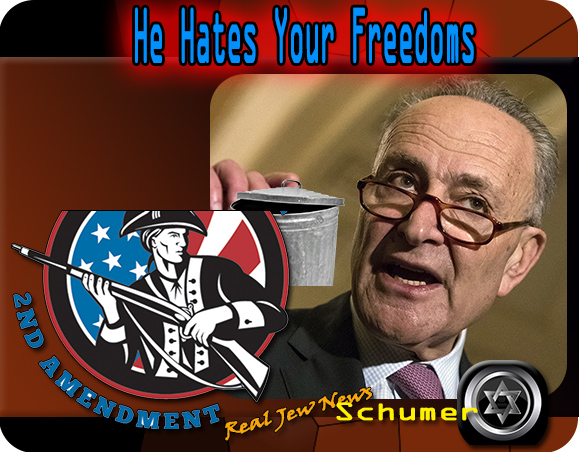 3. To initiate legislation that trashes the Second Amendment, Jews need to organize Lobbies and PACS on the Federal, State, and Local levels. Using their money power they could fund shills and a whole lot of their own tribe, (like gun-grabber Chuckie Schumer), that will do their will and draft a myriad of gun confiscation laws.

This way, all kinds of draconian background checks that victimize law-abiding Gentiles, limitations, and even Gun Shows would be regulated by the ‘Chosen.’

4. To really throw dust in the Goy’s eyes, Jews could act as if they don’t tote guns, that they’re a ‘peece-loving peeple,’ and wouldn’t harm a flea let alone dare aim a gun at anyone.

This way, the Goy would never see that Jews are behind all the wars they send their sons off to, not having a clue that Jews run Homeland Security, that Jews via Wall Street own the military, and via the Jew-owned Fed, cuts its checks from the generals on down.

And the Goy will never, ever bring himself to see that Israel is armed to the teeth with nukes, jets, subs, bombs, tanks, and biological weapons that could wipe out the goyisha world in a minute.

But all of this is just a stab in the dark and an exercise in speculative plausibility.

Surely Jews are not so sinister that they could hatch such a plot? If so, it would mean the ruin of America.