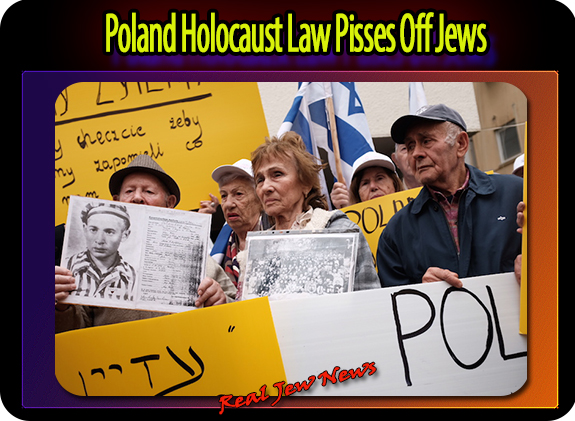 WITH JEWS DOMINATING THE PRESS, one realizes that any return to sanity by our Jew-ruined country hasn’t a mazah ball’s chance in hell of occurring.

And with the news fixed on world events that ‘enrage’ Jews, one can only mutter in disgust, “Will Jews ever be content? Will their eternal gripe ever end?”

For example, Jewish HoloHoax ’survivors’ are demanding that Poland rescind its law that prohibits blaming the nation for Holocaust crimes committed in its territory, for example, by referring to ‘Polish death camps.’

“You should be ashamed!” snorts Shalom Steinberg. “I escaped from Auschwitz and weep every night from all of the things I went through there. We will not forget that the Nazis massacred us on your Polish soil.”

The nation of IsraHell chimes in:

Here’s one for the books:

“The law makes Poland the first nation to legislate Holocaust denial,” says Israeli MP Itzik Shmuli. “History will judge Poland twice, for its role in the Holocaust and its despicable attempt at denial.”

And finally: (There is no end…)

“The memory of six million Jews murdered in the Holocaust is stronger than any law,” vomits out Israeli housing minister Yoav Galant. 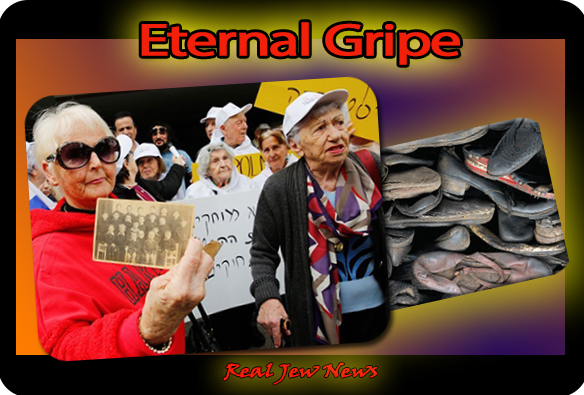 LET ME SAY THIS about all of that.

1) Shalom Steinberg says he “cries every night and will never forget that us Jews were massacred on Polish soil by the Nazis.”

Hey Shalomee! Take your moral garbage and dump it in Tel Aviv. Why aren’t you crying, you miserable liar, for all the Palestinians that your “us Jews” murdered and continue to murder on stolen Palestinian soil?

2) Emmanuel Nahshon tweets that “no law will change the facts.”

Since when are JEWS defender of “facts?” Try factually showing that JEWS rule America and watch out! The ADL will have you gassed at one of their nearest censorship chambers like Jew-owned YouTube.

Hey Itzy! This is an event for every Gentile to celebrate! It’s about time Jews are thrown out of the ‘narration’ business of world events. Good job Poland! The Jewish cult of ‘guilt-tripping’ all over the goyim is coming to a glorious end!

4) “The memory of six million Jews murdered in the Holocaust is stronger than any law,” vomits out Yoav Galant.

Mr Galant, we are sick and tired of your ‘Jewish suffering’ as if you Jews have a monopoly on it, like you do on everything else in this Jew-ruined world.

We are trying to FORGET your fairy tales of ‘gas chambers,’ ’showers,’ ‘lampshades,’ ’shoes,’ and your preposterous ’six million.’

Milk of amnesia is what we need. Not the milk of Jewry’s eternal gripe.

And: How To Survive The Holocaust Here

And: Who Will Replace Elie Wiesel? Here

And: Is Elie Wiesel A Fraud? Here

And: Modern Man In A Jewish Age Here