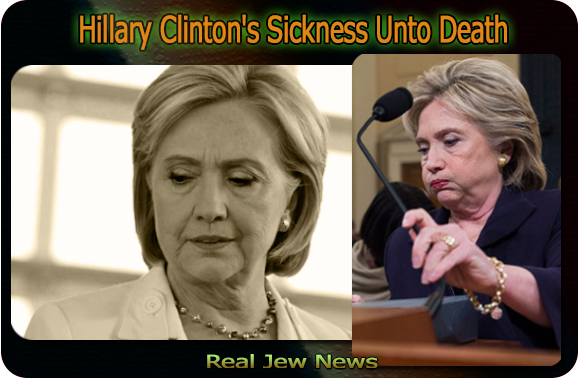 DEAR DIARY, if pictures tell a thousand words then Hillary Clinton looks like death warmed over.

If, as the Bible tells us, the outward is a manifestation of that which is within, then Hillary Clinton’s countenance displays an inner sickness.

The Bible says there is a sickness unto death conjoined with a sin unto death.

That “sin unto death,” warns St Mark the Ascetic, “is every sin that is left without repentance, for which if even a saint shall pray, he shall not be heard.”

What are Hillary Clinton’s “sins unto death” that remain without repentance?

3. Promoting murder of the unborn child while in the mother’s womb.

4. Demanding that religions change to accommodate abortions on demand.

6. Lying about her ill health. 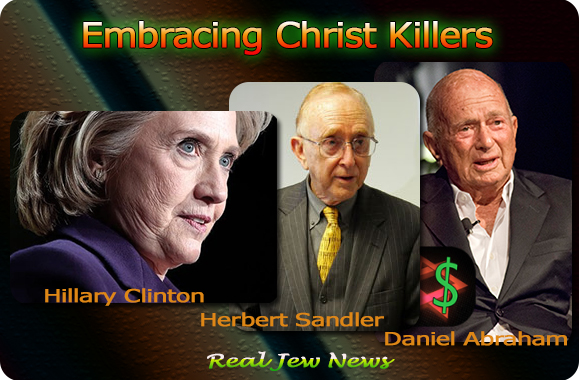 ADDING TO HER LETHAL SINS is Clinton’s embrace of Jewish billionaires whose assent to their forbears’ sin of crucifying Christ afflicts her with a further condemnation:

“Ye adulteresses,” warns St James, “don’t you know that whosoever will be a friend of the world is the enemy of God?”

And surely, being a friend of the world is consorting with Jews who pledge allegiance to a worldly kingdom.

For this is the avowal of Jewry’s forbears who shouted to Pontius Pilate, “We have no king but Caesar!”

Every king has a queen. The queen of hell could be our next president.

With Killary as queen and Bill as first lady America will be turned into Sodom and Gomorrah.

And so, dear diary, America landing in the ash bin of history would be a very fitting end.

For More See: Is Hillary Clinton The Antichrist? Click Here