What The Primaries Really Mean 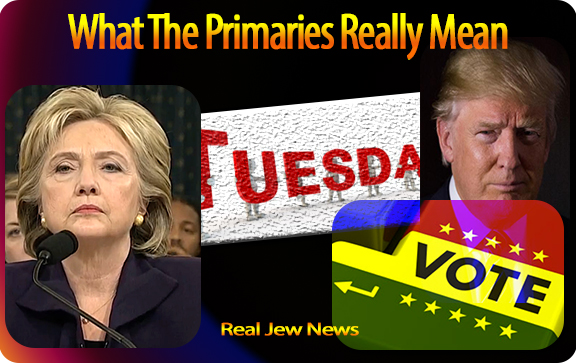 
And the “primaries” are ushering in the final battle, a Trump VS Clinton contest.

The stakes are high. And the difference between the two is a study in stark contrasts.

Hillary Clinton is a woman, Donald Trump is a man.

Trump’s credentials as a “conservative” are questioned by some, but Hillary’s former support of Barry Goldwater (a “Goldwater Girl”) gives her the edge, at least, according to some, in practice.

Hillary defends Obama’s Executive Orders on immigration and gun control while Trump says he will terminate them.

Trump says “we have a serious problem with radical Islam” but Clinton refuses to use the term because “it sounds like we’re at war with a religion.” (Yet “radical Islam” is not a religion, “Islam” is.) 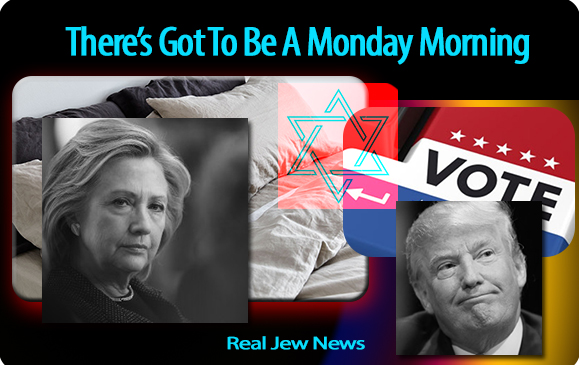 Hillary wants to take the US-Israel relationship “to the next level” but Trump vows to be a “neutral guy.”

Hillary is an avowed militarist, (which keeps US and Israel joined at the hip), while Trump wants to expand the power of the Pentagon. (The difference is indistinguishable, so voters applaud them both.)

Consider Clinton’s love affair with Israel. She’s been in bed with the Jews since the ’70s.

Consider Trump’s. You don’t become a real estate mogul in Manhattan unless you play ball with the Jews.

And besides, what’s so “neutral” about Trump saying that Israel is a “victim” of Palestinian aggression?

If Trump is “Mr Neutral,” then why is he recognizing Jerusalem as the capital of Israel and vowing to move the US embassy from Tel Aviv to Jerusalem?

But stolen land may be something for which the Republican front runner has no scruples.

It’s all about the Jewish vote really…and not primaries.

Elections 2016 is for Jews only. And both Hillary and Trump got that covered.

For More See: Why Israel Gets Away With Murder Click Here