Is Netanyahu A Chickenshit? 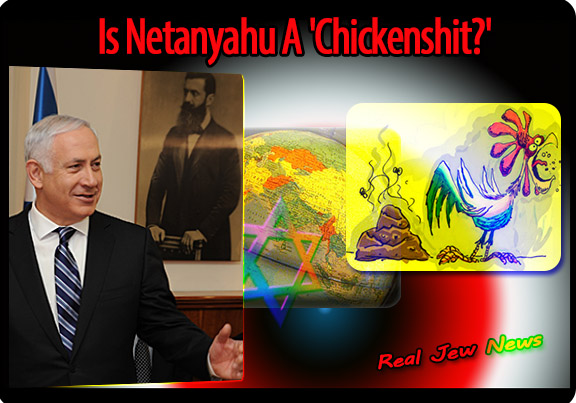 Is Netanyahu A Chickenshit?
By Brother Nathanael Kapner November 2, 2014 © 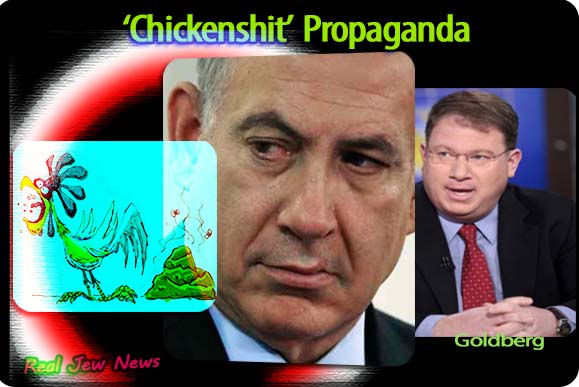 THE SCANDAL stirred by Jewish propagandist Jeffrey Goldberg citing an unknown US official calling Netanyahu a ‘chickenshit’ reached its goal. It forced Kerry to grovel an apology to Bibzy.


Goldberg, Jewish snake that he is, cut his venom into Kerry marking him out for reproach:

“Unlike Kerry, I have no hope for the immediate creation of a Palestinian state that could succumb to extremism. But I would like to see Israel foster conditions that would allow for the eventual birth of such a state.” View Entire Story Here.

Goldberg, like ALL Jews, is a duplicitous liar and his Talmudic doublespeak is conspicuous.

But, like ALL lying Jews, Goldberg knows that such a state will NEVER be, content that Arab “extremism” can always be trotted out.

The issue revolves around Netanyahu’s own right-wing critics in Israel. 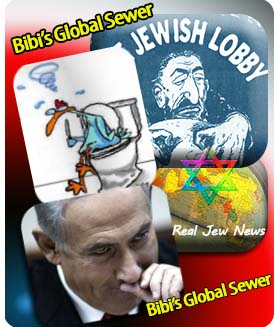 To compensate for his plummeting popularity, Bibsy resorted to stealing more Palestinian land under the radar of the bigger problem of Ukraine.

With brazen disregard of world outrage over his expansionist policies, Netanyahu announced last week that Israel would fast-track 1,060 Jewish-filled apartments in East Jerusalem, the hoped-for capital of the never-to-be Palestinian state.

Don’t the Gentiles realize that Bibzy or any of his tribe in power have no intention to carve up Israel into two states? Isn’t it clear to all that ‘peace talks’ are a total sham?

It was French ambassador, Daniel Bernard, who said in 2001, “All the troubles in the world are because of that shitty little country Israel.”

HOW IS IT that this “shitty little country Israel,” no bigger than New Jersey, can spread its tentacles across the globe squeezing foreign policies of Western countries to comply with its plan for a Greater Israel?

How is it that “chickenshit” Netanyahu can defy world opinion and not lose any sleep over it?

It’s because Israel is not a state but a state of mind that has permeated the supraliminal consciousness of leaders and masses across the globe.

It’s because Israel is a geopolitical space whose borders are boundless that invades you mentally and spiritually. It’s a spell that must be resisted with all one’s might.

Is Netanyahu a ‘chickenshit?’ You bet he is.

And the sewer that carries his droppings is the legion of Jewish Lobbies entrenched in what was once known as Christendom.

For More See: Will Israel Be The Next World Power? Click Here